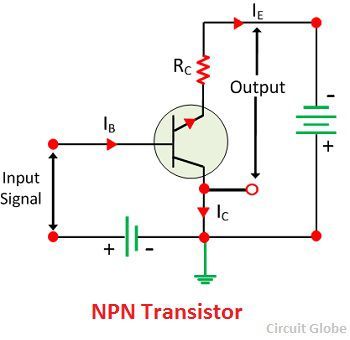 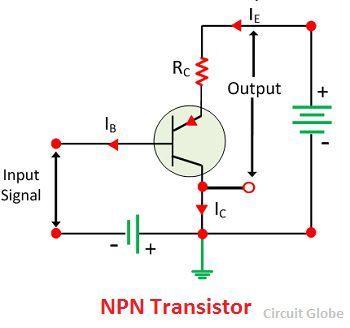 Thus, the ratio of change in emitter current to the change in base current is known as the current amplification factor. It is expressed by the Y.

Relation Between Υ and α

Substituting the value of ΔIB in above first equation, we get, 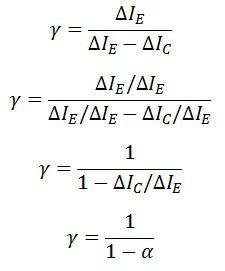 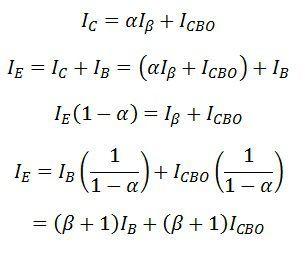 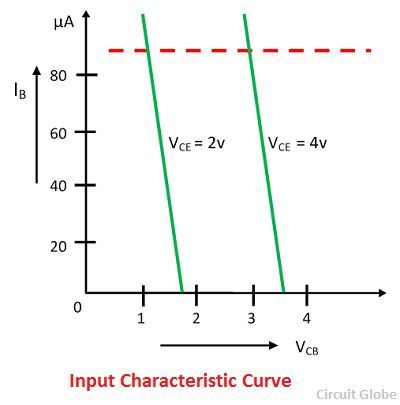 The output characteristic of the common emitter circuit is drawn between the emitter-collector voltage VEC and output current IE at constant input current IB. If the input current IB is zero, then the collector current also becomes zero, and no current flows through the transistor. 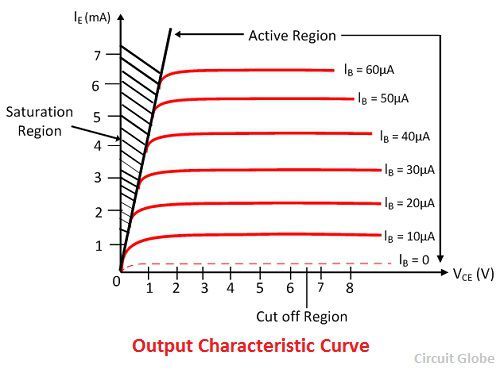 The transistor operates in active region when the base current increases and reaches to saturation region. The graph is plotted by keeping the base current IB constant and varying the emitter-collector voltage VCE, the values of output current IE are noticed with respect to VCE. By using the VCE and IE at constant IB the output characteristic curve is drawn.