In Delta (Δ) or Mesh connection, the finished terminal of one winding is connected to start terminal of the other phase and so on which gives a closed circuit. The three line conductors are run from the three junctions of the mesh called Line Conductors.The connection in Delta form is shown in the figure below.

Relation Between Phase Voltage and Line Voltage in Delta Connection

To understand the relationship between the phase voltage and line voltage in the Delta consider the figure A shown below. 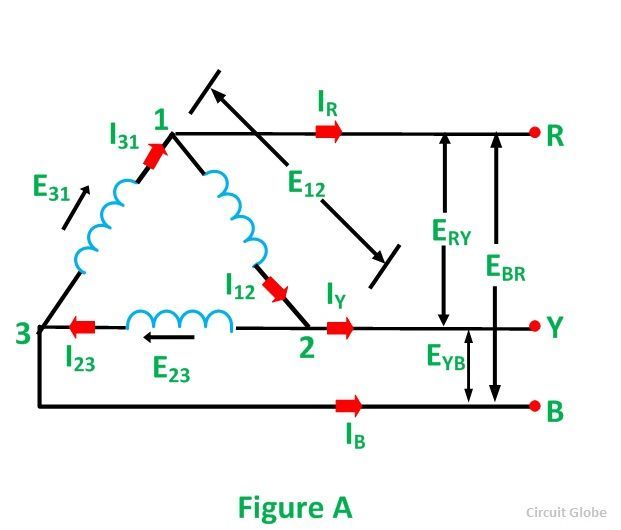 It is clear from the figure that the voltage across terminals 1 and 2 is the same as across the terminals R and Y. Therefore,

Where, the phase voltages are

The line voltages are

Relation Between Phase Current and Line Current in Delta Connection

As in the balanced system the three phase current I12, I23 and I31 are equal in magnitude but are displaced from one another by 120 degrees electrical.

The phasor diagram is shown below. 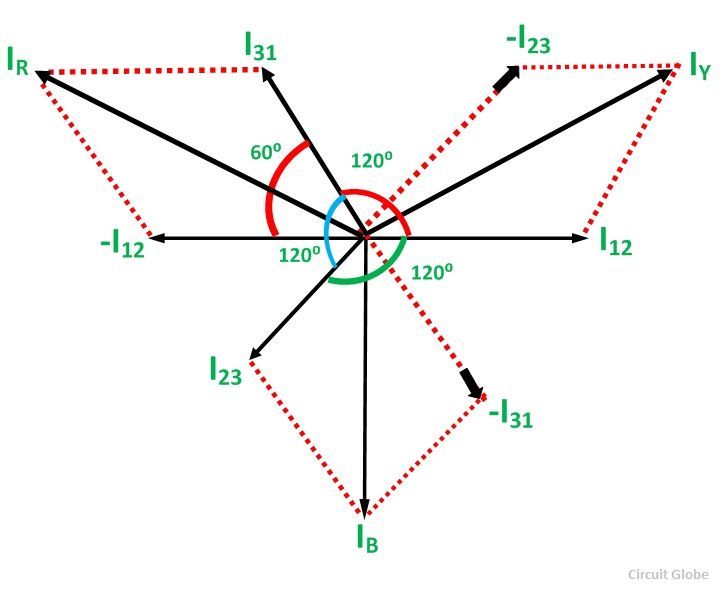 If we look at figure A, it is seen that the current is divided at every junction 1, 2 and 3.

And their vector difference will be given as

The vector I12 is reversed and is added in the vector I31 to get the vector sum of I31 and –I12 as shown above in the phasor diagram. Therefore,