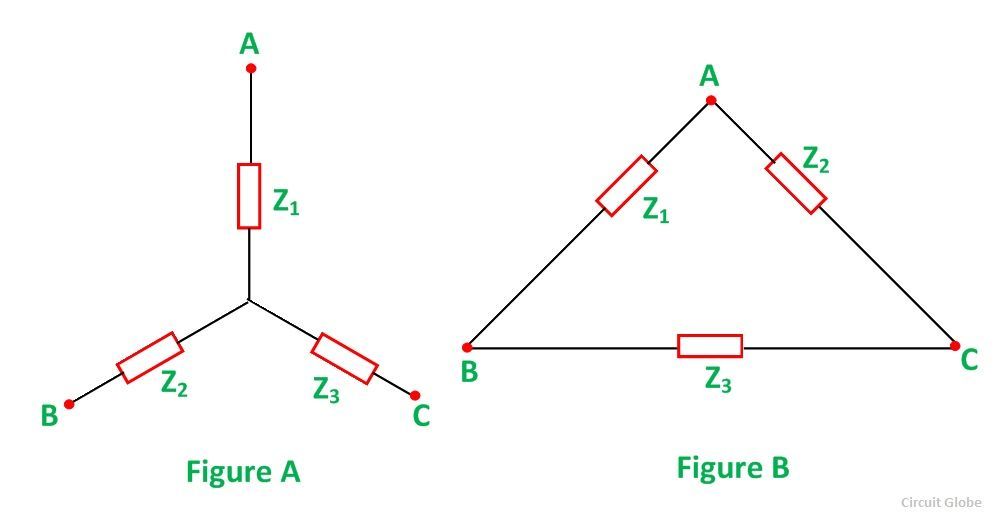 The following Delta values are as follows: 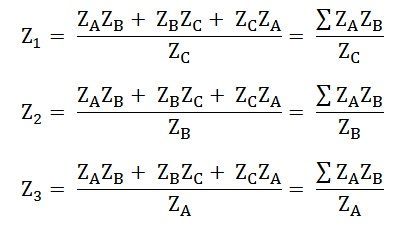 Hence, if the values of ZA, ZB and ZC are known, therefore by knowing these values and by putting them in the above equations, you can convert a star connection into a delta connection. 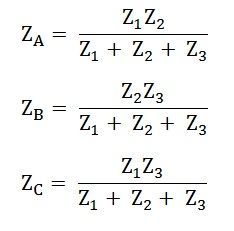 If the values of Z1, Z2 and Z3 are given, then by putting these values of the Impedances in the above equations, the conversion of delta connection into star connection can be performed.

As Impedance (Z) is the vector quantity, therefore all the calculations are done in Polar and Rectangular form.

Let us take an example of Delta connected unbalanced load connected to 400 V, 3 phase supply as shown in the figure below: 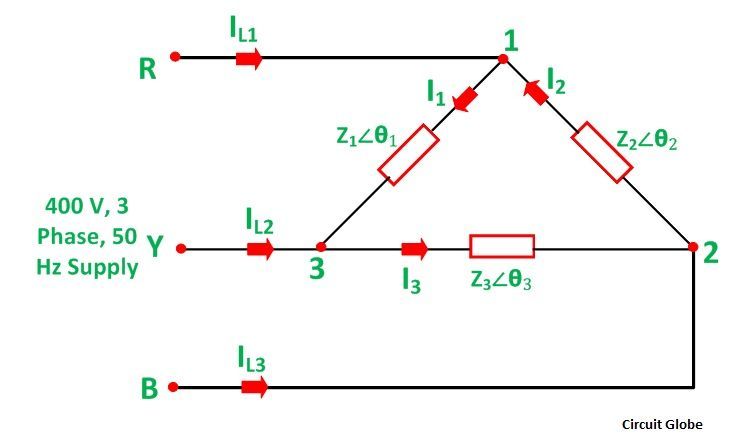 The following steps are given below to solve the 3 phase unbalanced delta connected loads.

Step 1 – Solve, each phase current I1, I2 and I3 as in the single-phase circuit. 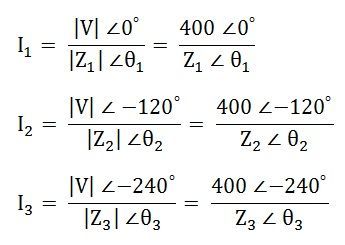 Step 4 – Calculate the total power by the equation shown below.

2 thoughts on “Star to Delta and Delta to Star Conversion”