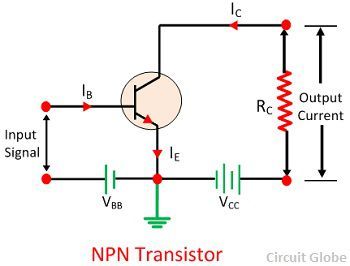 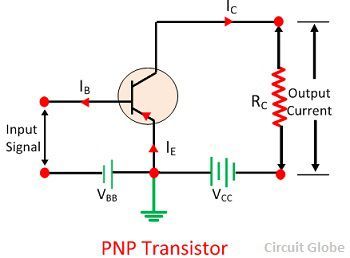 In other words, the ratio of change in collector current with respect to base current is known as the base amplification factor. It is represented by β (beta).

The relation between Β and α can be derived as

Substituting the value of ΔIE in equation (1), we get, 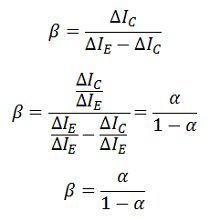 The above equation shows that the when the α reaches to unity, then the β reaches to infinity. In other words, the current gain in a common emitter configuration is very high, and because of this reason, the common emitter arrangement circuit is used in all the transistor applications.

In CE configuration, the input current IB and the output current IC are related by the equation shown below. 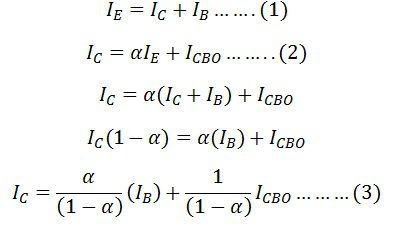 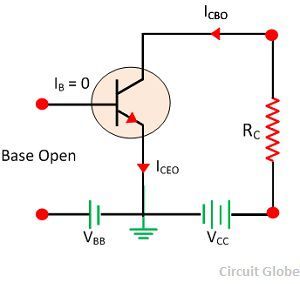 Substitute the value ΔIB in equations (1), we get,

The characteristic of the common emitter transistor circuit is shown in the figure below. The base to emitter voltage varies by adjusting the potentiometer R1. And the collector to emitter voltage varied by adjusting the potentiometer R2. For the various setting, the current and voltage are taken from the milliammeters and voltmeter. On the basis of these readings, the input and output curve plotted on the curve. 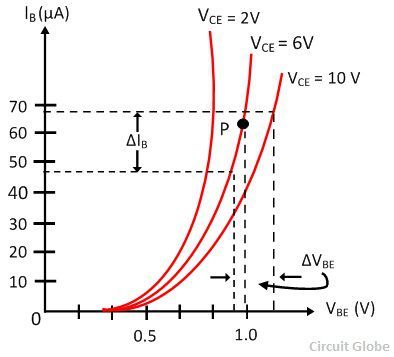 The effect of CE does not cause large deviation on the curves, and hence the effect of a change in VCE on the input characteristic is ignored. 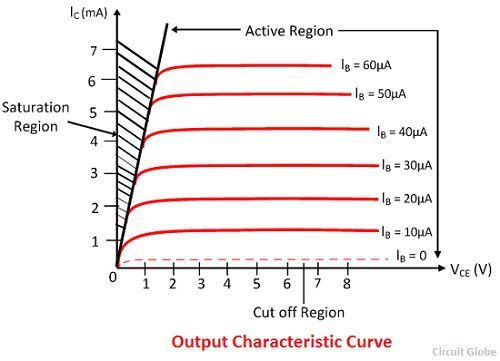 The value of the collector current IC increases with the increase in VCE at constant voltage IB, the value β of also increases.

When the VCE falls, the IC also decreases rapidly. The collector-base junction of the transistor always in forward bias and work saturate. In the saturation region, the collector current becomes independent and free from the input current IB

In the active region IC = βIB, a small current IC is not zero, and it is equal to reverse leakage current ICEO.