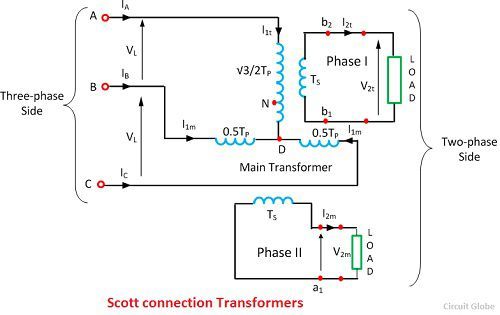 The identical, interchangeable transformers are used for Scott-T connection in which each transformer has a primary winding of Tp turns and is provided with tapping at 0.289Tp , 0.5Tpand 0.866 Tp.

The line voltages of the 3-phase system VAB, VBC, and VCA which are balanced are shown in the figure below. The same voltage is shown as a closed equilateral triangle.The figure below shows the primary windings of the main and the teaser transformer. 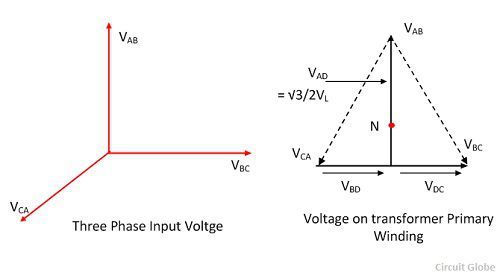 The voltage between A and D is 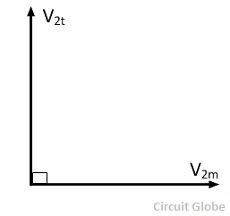 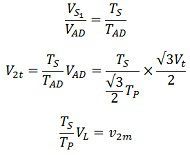 Thus, the secondaries of both transformers should have equal voltage ratings.The V2t and V2m are equal in magnitude and 90º apart in time; they result in the balanced 2-phase system.

Since the voltage across the portion AD.

the voltage across the portion ND

The same voltage turn in portion AN, ND and AD are shown by the equations, 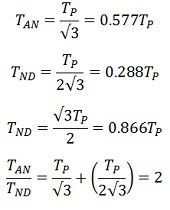 The equation above shows that the neutral point N divides the primary of the teaser transformer in ratio.

The following are the applications of the Scott-T connection.

The Scott-T connection permits conversions of a 3-phase system to a two-phase system and vice versa. But since 2-phase generators are not available, the converters from two phases to three phases are not used in practice.