The Avalanche Breakdown and Zener Breakdown are two different mechanisms by which a PN junction breaks. The Zener and Avalanche breakdown both occur in diode under reverse bias.

The collision increases the electron-hole pair. As the electron-hole induces in the high electric field, they are quickly separated and collide with the other atoms of the crystals. The process is continuous, and the electric field becomes so much higher then the reverse current starts flowing in the PN junction. The process is known as the Avalanche breakdown. After the breakdown, the junction cannot regain its original position because the diode is completely burnt off.

The electric field intensity increases the kinetic energy of the free charge carriers. Thereby the carriers start jumping from one region to another. These energetic charge carriers collide with the atoms of the p-type and n-type material and produce the electron-hole pairs.

The reverse current starts flowing in the junction because of which depletion region entirely vanishes. This process is known as the Zener breakdown. 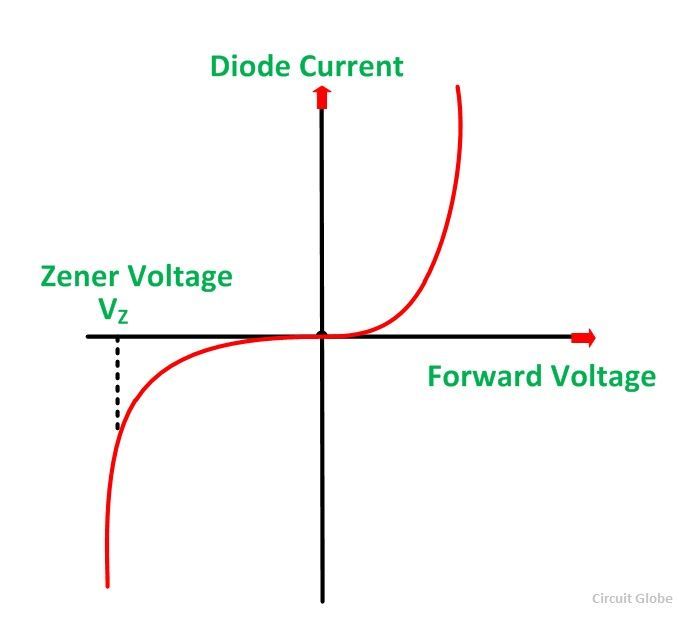 In Zener breakdown, the junction is not completely damaged. The depletion region regians its original position after the removal of the reverse voltage.

The breakdown region of the ideal Zener diode in the VI curve is considered to be vertical. The graph shows that the voltage remains constant even after the variation of the current.

The equivalent circuit diagram is shown below: 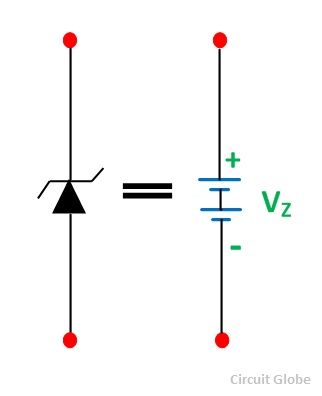 In a circuit, an ideal Zener diode can be replaced by a voltage source Vz, when the Zener diode is operating in the breakdown region.

The breakdown region graph of the actual Zener diode is not accurately vertical. The graph shows that the Zener diode has some resistance.

The figure below shows that the Zener diode has some resistance Rz connected in series with the battery of voltage Vz. 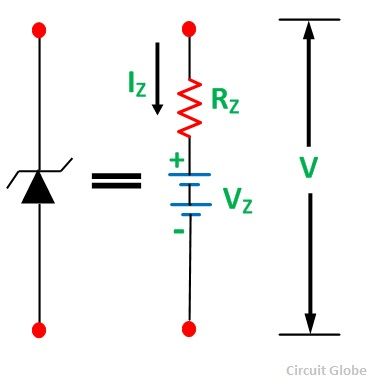 The voltage across the Zener diode will be:

This is all about Zener Breakdown and Avalanche Breakdown.