The transducer is of many types, and they can be classified by the following criteria.

The transducer receives the measurand and gives a proportional amount of output signal. The output signal is sent to the conditioning device where the signal is attenuated, filtered, and modulated. 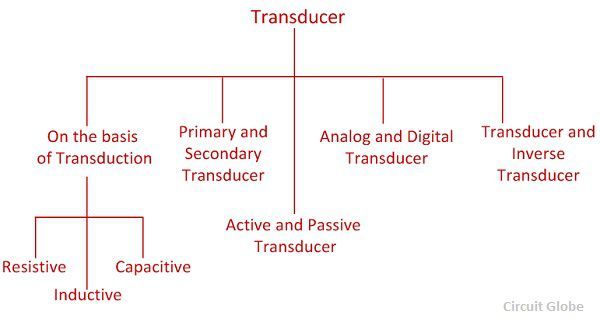 The input quantity is the non-electrical quantity, and the output electrical signal is in the form of the current, voltage or frequency.

1. Classification based on the Principle of Transduction

Example of Primary and Secondary Transducer 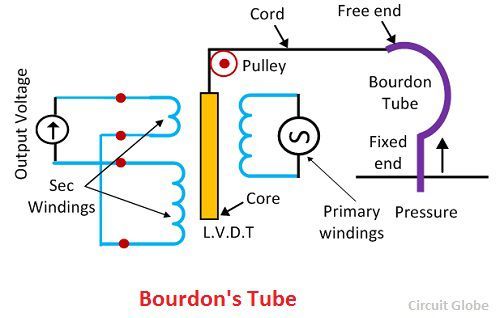 Active Transducer – The transducer which does not require the external power source is known as the active transducer. Such type of transducer develops theirs owns voltage or current, hence known as a self-generating transducer. The output signal is obtained from the physical input quantity.

The physical quantity like velocity, temperature, force and the intensity of light is induced with the help of the transducer. The piezoelectric crystal, photo-voltaic cell, tacho generator, thermocouples, photovoltaic cell are the examples of the active transducers.

Examples – Consider the examples of a piezoelectric crystal. The crystal is sandwiched between the two metallic electrodes, and the entire sandwiched is fastened to the base. The mass is placed on the top of the sandwiched. 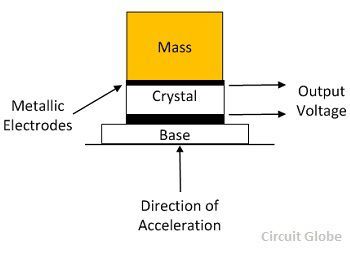 Analog Transducer – The Analog transducer changes the input quantity into a continuous function. The strain gauge, L.V.D.T, thermocouple, thermistor are the examples of the analogue transducer.

Digital Transducer  – These transducers convert an input quantity into a digital signal or in the form of the pulse. The digital signals work on high or low power.

Transducer – The device which converts the non-electrical quantity into an electric quantity is known as the transducer.

7 thoughts on “Types of Transducer”