The developed Torque or Induced Torque Equation in a machine is defined as the Torque generated by the electric to mechanical power conversion. The torque is also known as Electromagnetic Torque. This developed torque in the motor differs from the actual torque available at the terminals of the motor, which is almost equal to the friction and windage torques on the machine.

The developed torque equation is given as:

Synchronous Watt is the torque that develops the power of 1 Watt when the machine is running at synchronous speed.

Now, the electrical power generated in the rotor is given by the equation shown below: 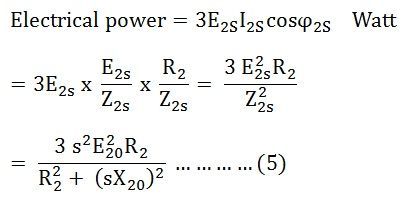 These electrical powers are dissipated as I2R losses or copper loss in the rotor circuit.

Input power to the rotor is given as: 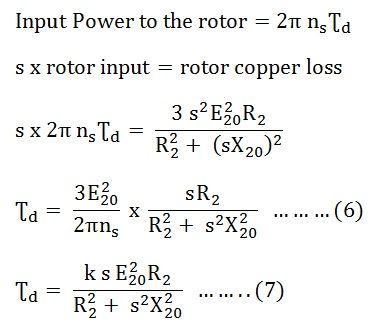 The starting torque is also known as the Standstill Torque. 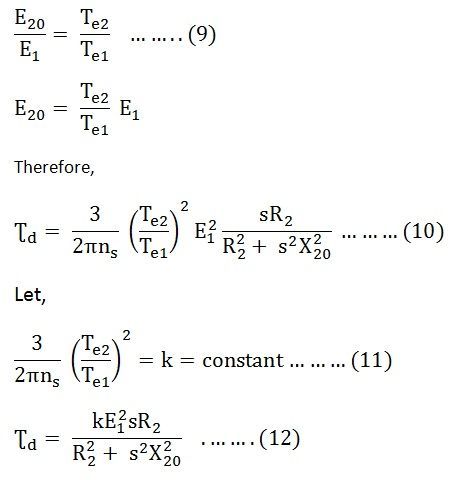 Since E1 is nearly equal to V1 the equation (12) becomes

The Starting torque is obtained by putting, s = 1 in equation (13)

Hence, it is clear from the above equation that the starting torque is proportional to the square of the stator applied voltage.