At the maximum torque, the speed of the rotor is expressed by the equation shown below.

The curve below shows the Torque Speed Characteristic. 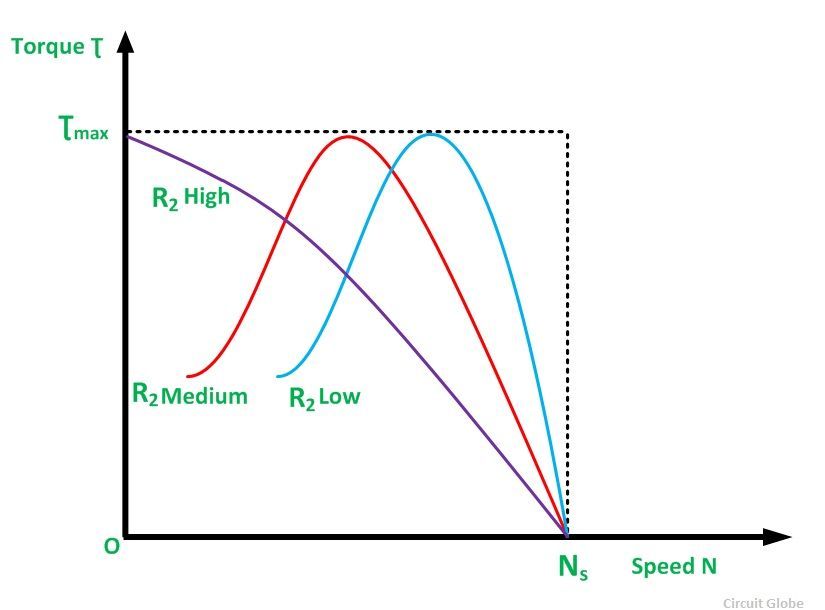