The three-phase system has four wire, i.e., the three current carrying conductors and the one neutral. The cross section area of the neutral conductor is half of the live wire. The current in the neutral wire is equal to the sum of the line current of the three wires and consequently equal to √3 times the zero phase sequence components of current. 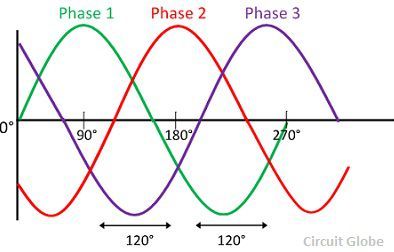 The 120º phase difference of the three phases is must for the proper working of the system. Otherwise, the system becomes damaged

Types of Connections in Three-Phase System

The three-phase systems are connected in two ways, i.e., the star connection and the delta connection. Their detail explanation is shown below.

The star connection requires four wires in which there are three phase conductors and one neutral conductor. Such type of connection is mainly used for long distance transmission because it has a neutral point. The neutral point passes the unbalanced current to the earth and hence make the system balance. 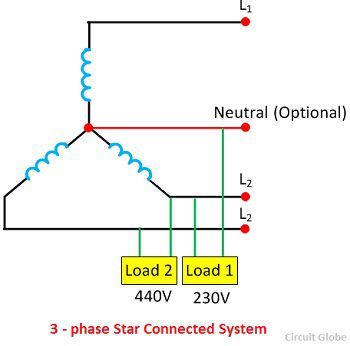 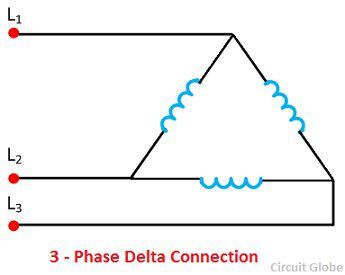 The loads in the three-phase system may also connect in the star or delta. The three phase loads connected in the delta and star is shown in the figure below. 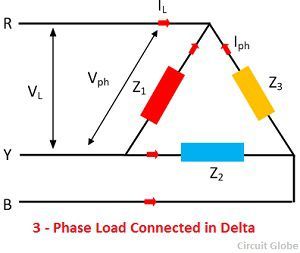 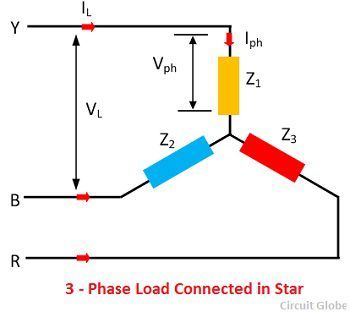