Definition: The phase of an alternating quantity is defined as the divisional part of a cycle through which the quantity moves forward from a selected origin. When the two quantities have the same frequency, and their maximum and minimum point achieve at the same point, then the quantities are said to have in the same phase. 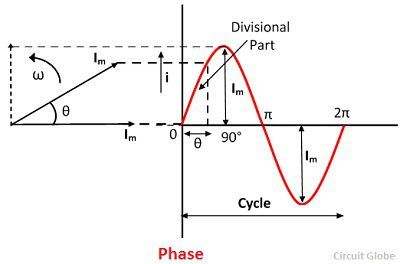 Consider the two alternating currents Im1 and Im2 shown in the figure below. Both the quantity attains their maximum and minimum peak point at the same time. And the zero value of both the quantities establishes at the same instant. 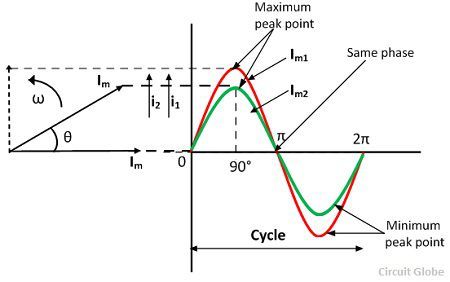 Consider the two alternating currents of magnitudes Im1 and Im2 are shown vectorially.Both the vector is rotating at the same angular velocity of ω radians per seconds. The two current obtains the zero value at different instants. Therefore, they are said to have the phase difference of angle φ. 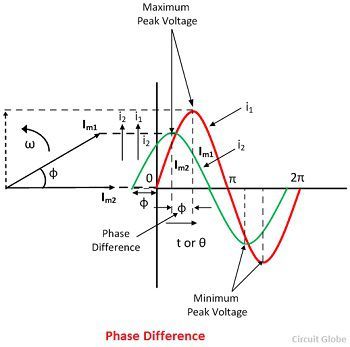 Cycle: When the alternating quantity goes from through a complete set of +ve or –ve value or goes through 360° electrical degrees, then it is said to have completed a cycle completely.