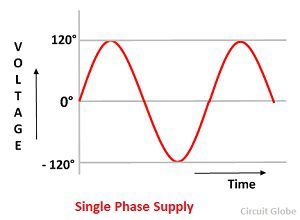 The three phase supply is continuous and never completely drops to zero. In three phase system power can be drawn either in a star or delta configuration. The star connection is used for long distance transmission because it has neutral for the fault current. 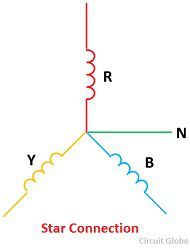 The delta connection consists three phase wires and no neutral. 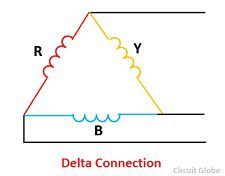 The star connection of the three phase allows the use of two different voltages (i.e., the 230 volts and the 415 volts). The 230V is supplied by using the one phase and one neutral wire, and the three phase is supply between any two phases.