Considering the case when the rotor is stationary and only the main winding is excited. The motor behaves as a single-phase transformer with its secondary short circuit. The equivalent circuit diagram of the single phase motor with only its main winding energized is shown below: 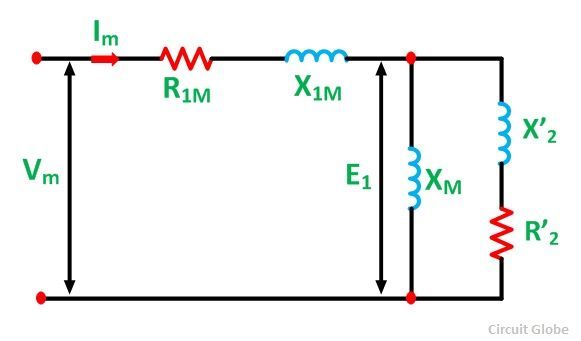 The core loss will be assumed to be lumped with the mechanical and stray losses as a part of the rotational losses of the rotor. The pulsating air gap flux in the motor at the standstill is resolved into two equal and opposite fluxes with the motor. The standstill impedance of each of the rotors referred to as the main stator winding is given as:

The equivalent circuit of a single-phase single winding induction motor with the standstill rotor is shown below. The forward and the backward flux induces a voltage Emf and Emb respectively in the main stator winding. Em is the resultant induced voltage in the main winding.

At the standstill condition Emf = Emb 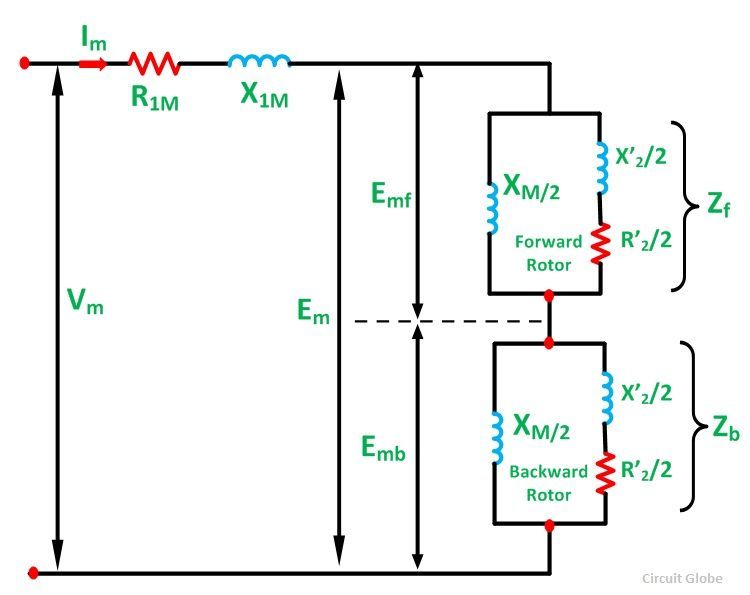 When both forward and backward slips are taken into account, the equivalent circuit shown below is formed. In this condition, the motor is running on the main winding alone.

The rotor impedance representing the effect of the forward field referred to the stator winding m is given by an impedance shown below:

The rotor impedance of a single phase induction motor representing the effect of the backward field referred to the stator winding m is given by an impedance shown below: 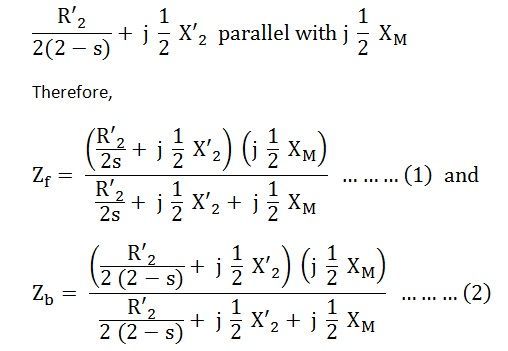 The simplified equivalent circuit of a single-phase induction motor with only its main winding energized is shown in the figure below: 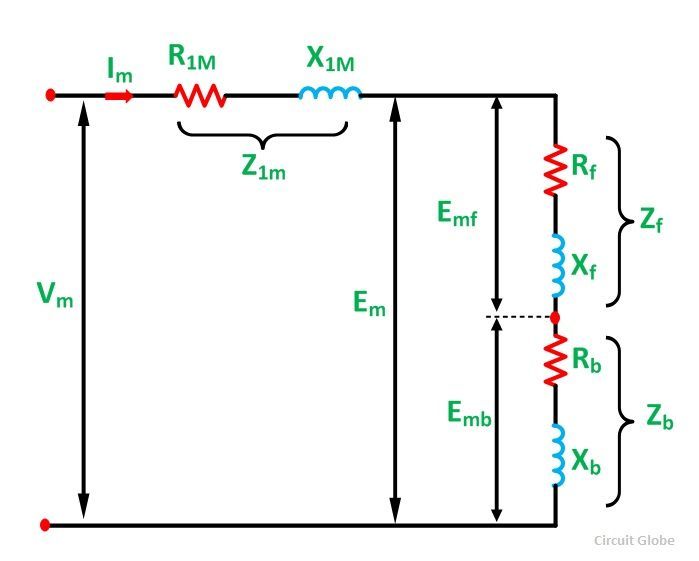 The above equation (3) is the equation of the current in the stator winding.

1 thought on “Equivalent Circuit of a Single Phase Induction Motor”