Definition: Protection zone is defined as the part of the power system which is protected by a certain protective scheme. It is established around each power system equipment. When the fault occurs on any of the protection zones then only the circuit breakers within that zone will be opened. Thus, only the faulty element will be isolated without disturbing the rest of the system.

The figure below shows a certain amount of overlapping between the protective zones. 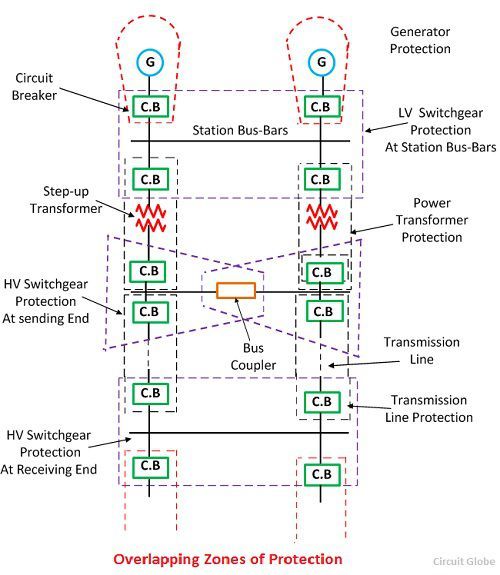 The probability of failure in the overlap region is very small. But the overlap region will cause the tripping of the more circuit breaker than the minimum necessary for the disconnection of the faults region. Because when the fault occurs in any one of the two overlapping regions than the breaker of both the region will be opened, and the systems are isolated.

The scheme which senses the fault of any of the certain unit will have a high degree of sensitivity and it also has the adaptability of the fast speed of operation.