Definition: The transistor in which one n-type material is doped with two p-type materials such type of transistor is known as PNP transistor. It is a current controlled device. The small amount of base current controlled both the emitter and collector current. The PNP transistor has two crystal diodes connected back to back. The left side of the diode in known as the emitter-base diode and the right side of the diode is known as the collector-base diode. 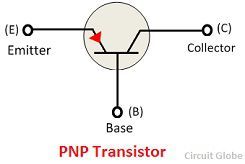 The emitter-base junction is connected in forward biased due to which the emitter pushes the holes in the base region. These holes constitute the emitter current. When these electrons move into the N-type semiconductor material or base, they combined with the electrons. The base of the transistor is thin and very lightly doped. Hence only a few holes combined with the electrons and the remaining are moved towards the collector space charge layer. Hence develops the base current. 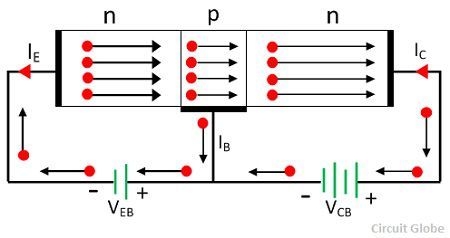