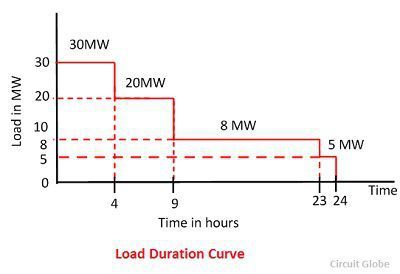 The load duration curves can be drawn for any duration of time, for example,  a day or a month or a year. The whole duration is taken as 100%.

Solution: The data available from the load curve are tabulated as follows. Here the total time is 24 hours or 100%.