A Hysteresis Motor is a synchronous motor with a uniform air gap and without DC excitation. It operates both in single and three-phase supply. The torque in a Hysteresis Motor is produced due to hysteresis and eddy current induced in the rotor by the action of the rotating flux of the stator windings.

The rotor of the motor is made up of a smooth chrome steel cylinder and it has no winding. It has high retentivity and because of this, it is very difficult to change the magnetic polarities once they are caused by the revolving flux of the rotor. The rotor of the hysteresis motor moves synchronously because the pole of the motor magnetically locks with the stator which has opposite polarities.

Construction of Stator of Hysteresis Motor

The stator of the hysteresis motor produces a rotating magnetic field and is almost similar to the stator of the induction motor. Thus, the stator of the motor is connected either to a single supply or to the three-phase supply. The three-phase motor produces a more uniform rotating field as compared to that of the single-phase supply.
The stator winding of the single-phase hysteresis motor is made of permanent split capacitor type or shaded pole type. The capacitor is used with an auxiliary winding in order to produce a uniform field.

Construction of Rotor of Hysteresis Motor 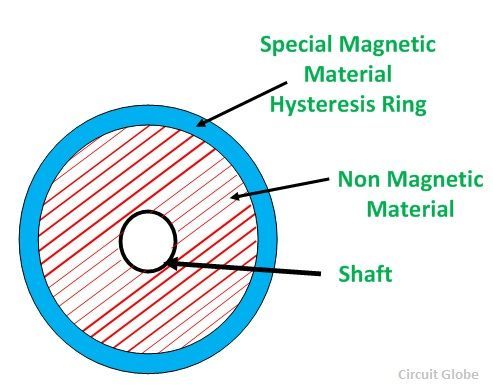 The outer layer has a number of thin rings forming a laminated rotor. The rotor of the motor is a smooth cylinder, and it does not carry any windings. The ring is made of hard chrome or cobalt steel having a large hysteresis loop as shown in the figure below: 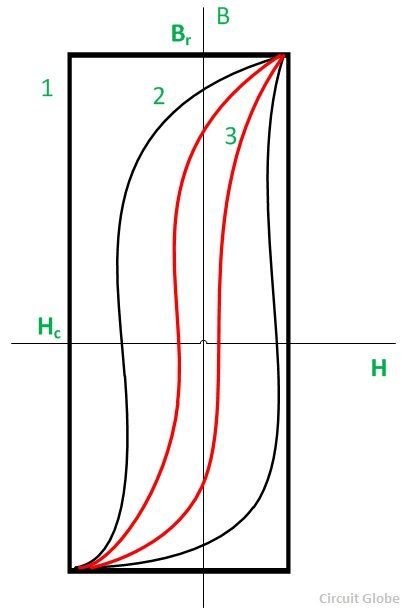 Operation of a Hysteresis Motor

The following illustration shows the basic functioning of a hysteresis motor: 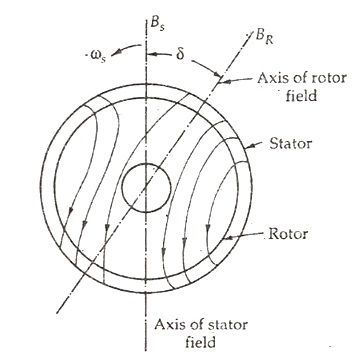 Thus, the value of Coercive force and residual flux density of the magnetic material should be large. The ideal material would have a rectangular hysteresis loop as shown by loop 1 in the hysteresis loop figure. The stator magnetic field produces Eddy currents in the rotor. As a result, they produce their own magnetic field.

The eddy current loss is given by the equation shown below:

Where, s is the slip and f1 is the frequency of the stator.

The torque is given by the equation shown below: 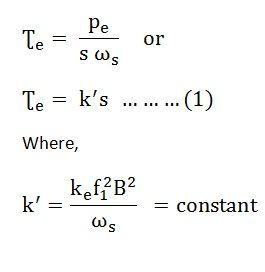 Now, the torque due to hysteresis loss is given by the equation shown below:

The torque due to hysteresis is given as:

As the electromagnet torque is developed by the motor is because of the hysteresis loss and remains constant at all rotor speeds until the breakdown torque. At the synchronous speed, the eddy current torque is zero and only torque due to hysteresis loss is present.

The speed torque curve of the motor is shown below: 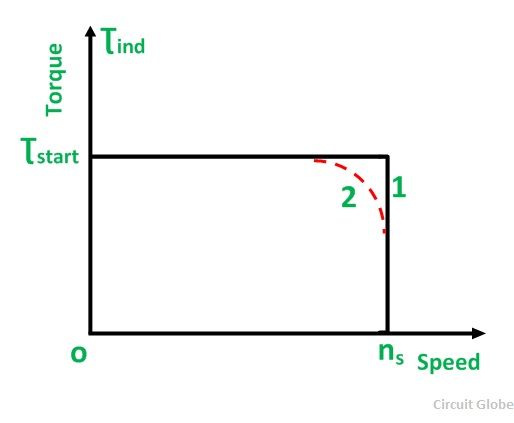 The noise level of the hysteresis motor is very low as compared to the induction motor because it operates at a constant speed and its rotor is smooth. This type of motor is the smoothest running, quietest single phase motor, and is used for quality sound reproduction equipment like record players, tape recorders, etc. It is also employed in electric clocks and other timing devices.