Definition: The work done by the magnetising force against the internal friction of the molecules of the magnet, produces heat. This energy which is wasted in the form of heat due to hysteresis is called Hysteresis Loss.

The temperature of the machine is increased as this loss results in the waste of energy, in the form of heat which is an undesirable process for the machines.

Therefore, a suitable magnetic material having a minimum hysteresis loss which has the narrow hysteresis loop is used for making these electrical machinery parts.

The figure below shows one cycle of magnetisation of the magnetic material. 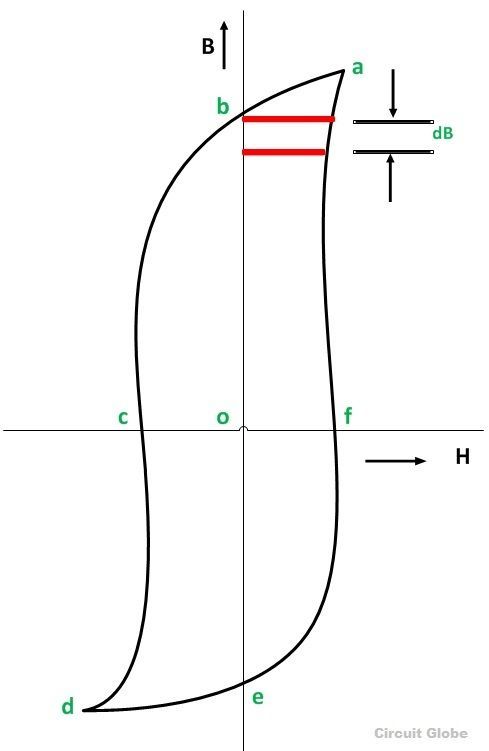 For any value of current I, the corresponding value of flux is,

For the small charge dϕ that are dB x A, the work done will be given as

Where ʃ HdB is the area of the hysteresis loop

Therefore, W=Al x (area of the hysteresis loop) or

Now if f is the number of cycles of magnetisation made per second, then Hysteresis loss/m3 = (area of one hysteresis loop) x (f joules/second or Watts) 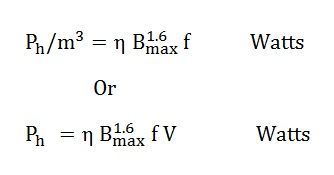 Ƞ – hysteresis or Steinmetz’s constant in J/m3, its value depends upon the nature of the magnetic material.

f – number of cycles of magnetisation made per second