The active, apparent and real power induces in the circuit only when their current lags behind the applied voltage by an angle of Φ. The right-angled triangle shown below shows the relation between the active, reactive and apparent power. 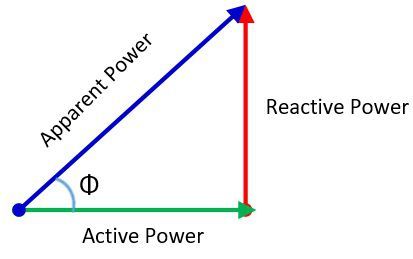 The active power derives the circuit and load.