In the unbalance system the magnitude of voltage in all the three phases becomes different.

It is always better to solve the balanced three-phase circuits on the basis of each phase. When the three-phase supply voltage is given without reference to the line or phase value, then it is the line voltage which is taken into consideration.

The following steps are given below to solve the balanced three-phase circuits.

Step 1 – First of all draw the circuit diagram.

Step 6 – Determine cosϕ = RP/ZP; the power factor is lagging when XLP > XCP and it is leading when XCP > XLP.

The analysis of the 3 Phase unbalanced system is slightly difficult, and the load is connected either as Star or Delta. The topic is discussed in detail in the article named as Star to Delta and Delta to Star Conversion.

In a three-phase AC generator, there are three windings. Each winding has two terminals (start and finish). If a separate load is connected across each phase winding as shown in the figure below, then each phase supplies as independent load through a pair of wires. Thus, six wires will be required to connect the load to a generator. This will make the whole system complicated and costly. 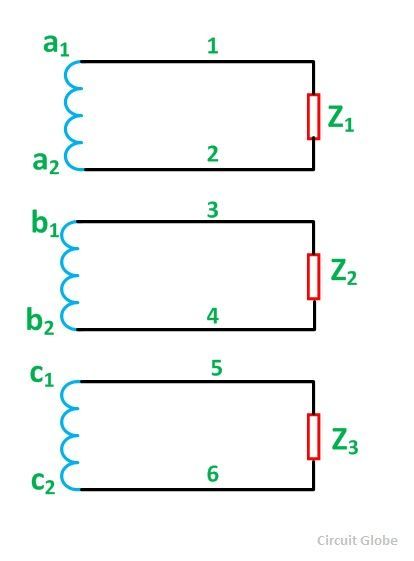 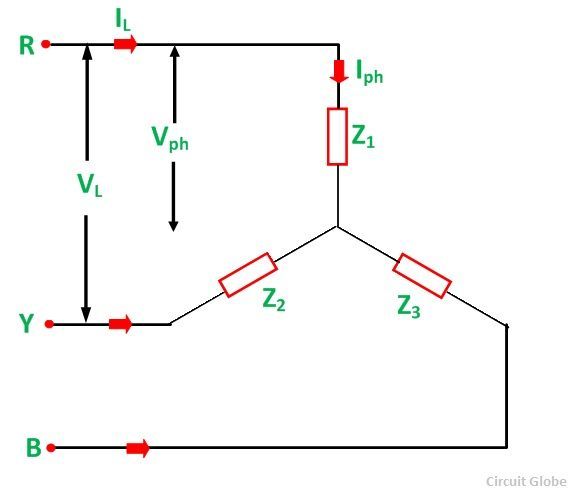 The delta connection of three-phase loads is shown in the figure below: 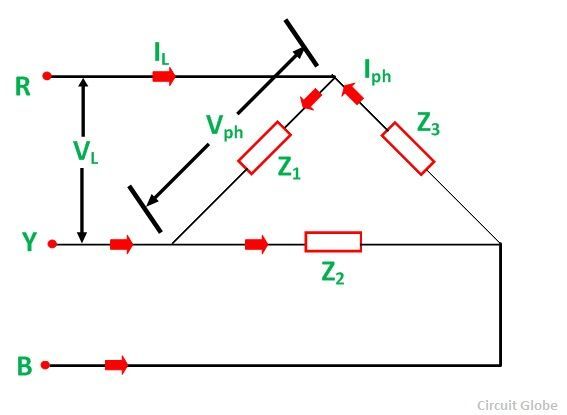