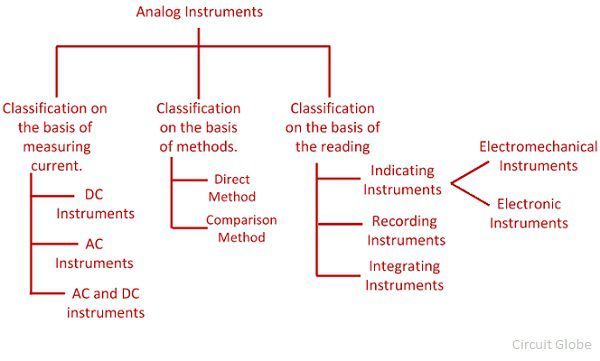 The analogue instrument is classified by the type of current that can be measured. The following are the types of an electrical instrument.

Indicating Instrument – The indicating instruments indicates the magnitude of the measured quantity. This instrument uses the dial and pointer as an indicator. The ammeter and voltmeter belong to this category. The integrating instruments are of two types. They are

Recording Instrument – Such type of instruments gives a continuous reading over a specified period. The variations in quantities are recorded on the sheet of papers.

Integrating Instruments – The instrument which measures the summation of the electrical quantity over a given period is known as the integrating instruments.

Their accuracy may also classify the analogue instruments. 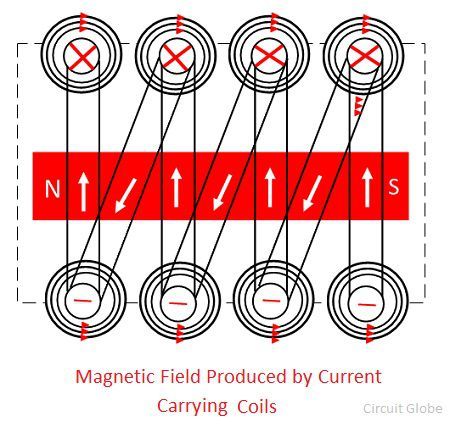 The measurand current passes through the heating elements increases their temperature. The thermocouple attached to the element converts the temperature into an emf. The conversion of current into an emf with the help of temperature is known as the thermal effect. 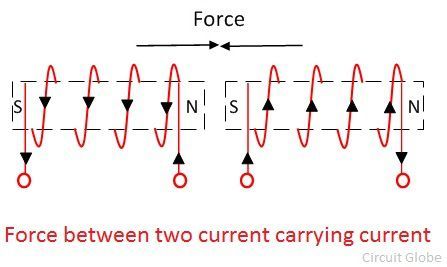 The electromotive force induces the electric current insides the drums. The interaction produced by the induced current and the emf moves the disc. This effect is mostly used in the induction effects.

The material produces an electric current in the presence of a transverse magnetic field. The voltage is produced between the two edges of conductors. The magnitude of voltages depends on the current, flux density and property of the conductor.