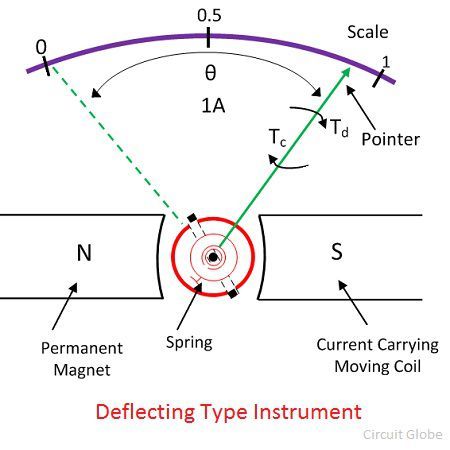 Where, G is constant, and it is independent of flux density, the area of moving coil and number of turns.

Where K is the spring constant, and their value depends on the material and dimension of springs.

Under balanced condition the

By substituting the value of Td and Tc in equation (3), we get

The value of the measured quantity and current depends on the deflection angle θ and the meter constant G and K. The value of currents is directly read regarding deflecting angle θ, which is calibrated by considering the value of G and K.

The following are the disadvantages of deflection type instruments.

The value of the measured quantity depends on the calibration of the instruments.