The stator and rotor are two essential parts of the motor. The stator is the stationary part, and it carries the overlapping windings while the rotor carries the main or field winding. The windings of the stator are equally displaced from each other by an angle of 120°.

The induction motor is the single excited motor, i.e., the supply is applied only to the one part, i.e., stator. The term excitation means the process of inducing the magnetic field on the parts of the motor. 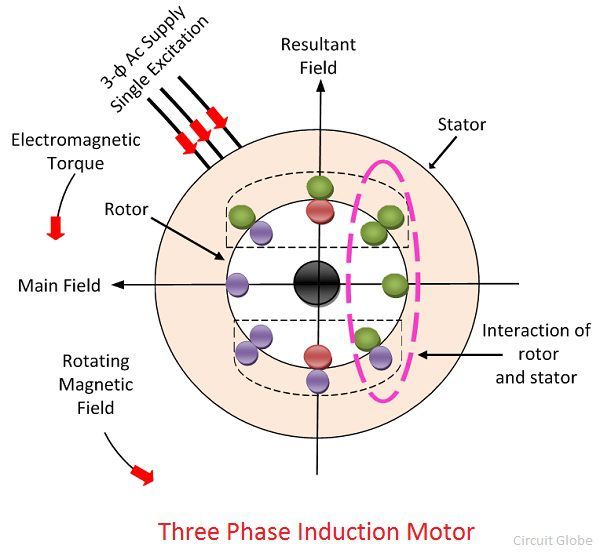 If the speed of the rotor is equal to the synchronous speed, no relative motion occurs between the rotating magnetic field of the stator and the conductors of the rotor. Thus the EMF is not induced on the conductor, and zero current develops on it. Without current, the torque is also not produced.

Alternatively, the method of the working principle of the Induction Motor can also be explained as follows. 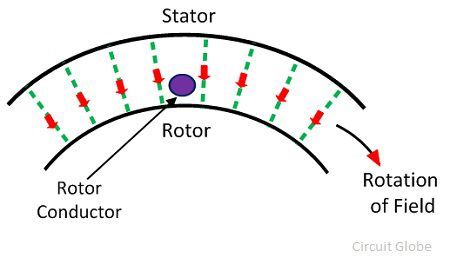 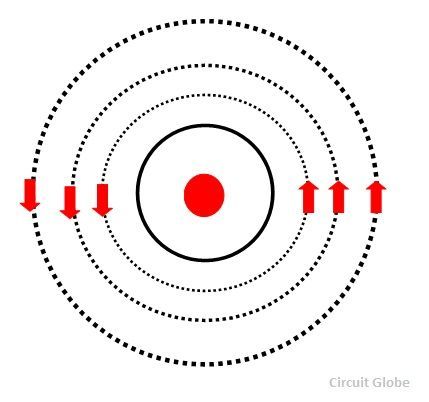 The interaction of rotor and stator fluxes develops a force that acts on the conductors of the rotor. The force acts tangentially on the rotor and hence induces torque. The torque pushes the conductors of the rotor, and thus the rotor starts moving in the direction of the rotating magnetic field. The rotor starts moving without any additional excitation system and because of this reason the motor is called the self-starting motor. 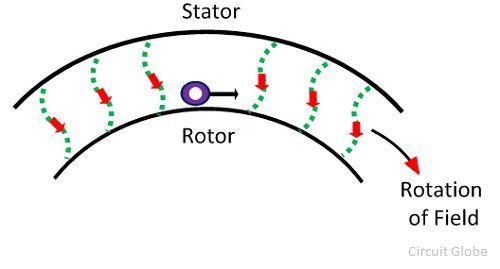 The operation of the motor depends on the voltage induced on the rotor, and hence it is called the induction motor.

18 thoughts on “Working Principle of an Induction Motor”