The DC motor is the device which converts the direct current into the mechanical work. It works on the principle of Lorentz Law, which states that “the current-carrying conductor placed in a magnetic and electric field experience a force”.  The experienced force is called the Lorentz force. The Flemming left-hand rule gives the direction of the force. 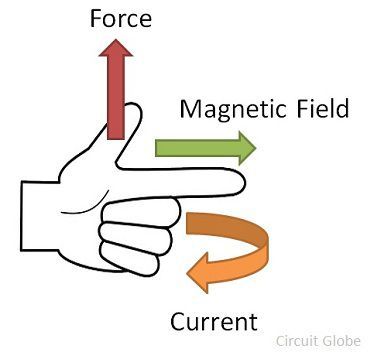 The formula calculates the magnitude of the force,

Before understanding the working of DC motor, first, we have to know about its construction. The armature and stator are the two main parts of the DC motor. The armature is the rotating part, and the stator is their stationary part. The armature coil is connected to the DC supply.

The armature coil consists the commutators and brushes. The commutators convert the AC induced in the armature into DC and the brushes transfer the current from rotating part of the motor to the stationary external load. The armature is placed between the north and south pole of the permanent or electromagnet.

For simplicity, consider that the armature has only one coil which is placed between the magnetic field shown below in the figure A. When the DC supply is given to the armature coil the current starts flowing through it. This current develops its own field around the coil.

Figure B shows the field induces around the coil: 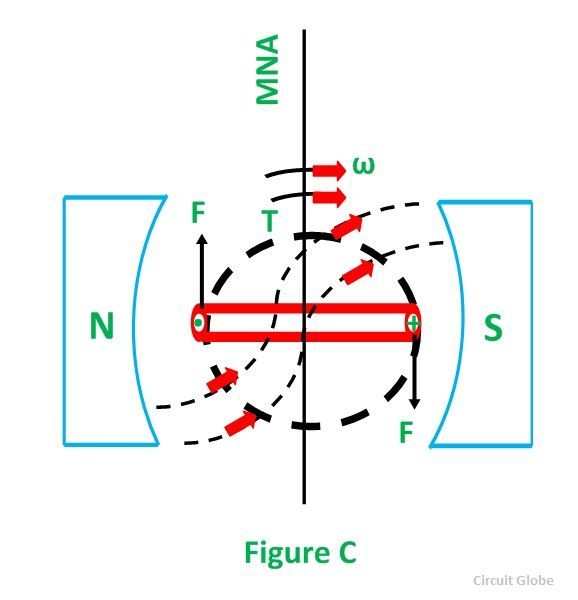 Let the field produced by the main field be Fm, and this field rotates in the clockwise direction. When the current flows in the coil, they produce their own magnetic field say, Fr. The field Fr tries to come in the direction of the main field. Thereby, the torque act on the armature coil. 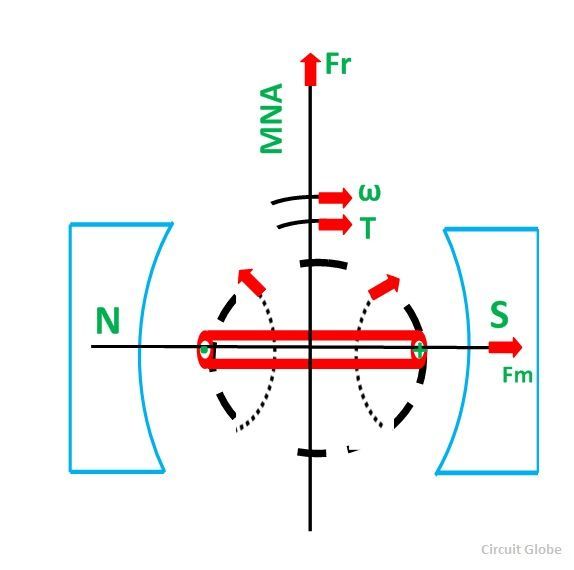 The actual DC motor consists of a large number of armature coils. The speed of the motor is directly proportional to the number of coils used in the motor. These coils are kept under the impact of the magnetic field.

When the coil moves from one brush to another, at the same time the polarity of the coil also changes. Thus, the direction of the force or torque acting on the coil remains the same.

The torque induces in the coil become zero when the armature coil is perpendicular to the main field. The zero torque means the motor stops rotating. For solving this problem, the number of armature coil is used in the rotor. So, if one of their coils is perpendicular to the field, then the other coils induce the torque. And the rotor moves continuously. 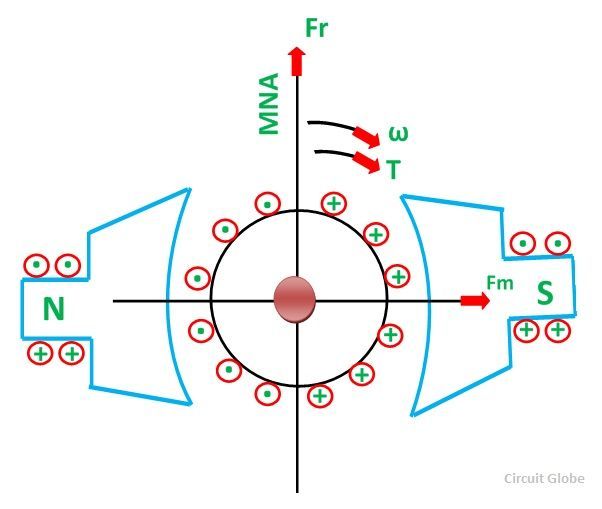 Also, for obtaining the continuous torque, the arrangement is kept in such a way that whenever the coils cut the magnetic neutral axis of the magnet the direction of current in the coils become reversed. This can be done with the help of the commutator.

13 thoughts on “Working Principle of a DC Motor”