Primary Side Referred to Secondary Side 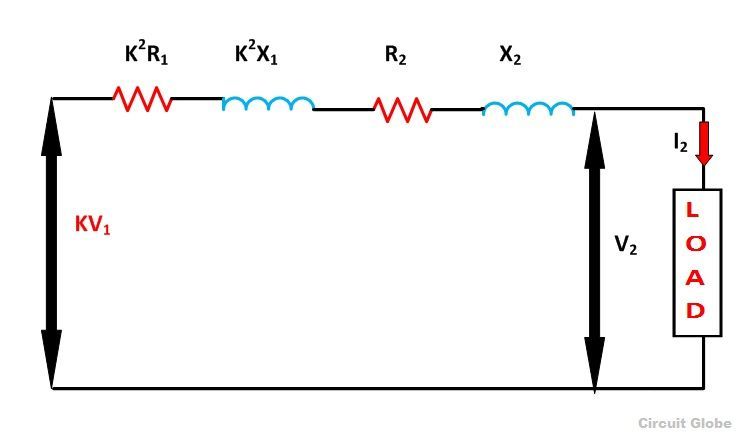 The total resistive drop in a transformer

The total reactive drop in a transformer

represent the equivalent resistance and reactance of the transformer referred to the secondary side. 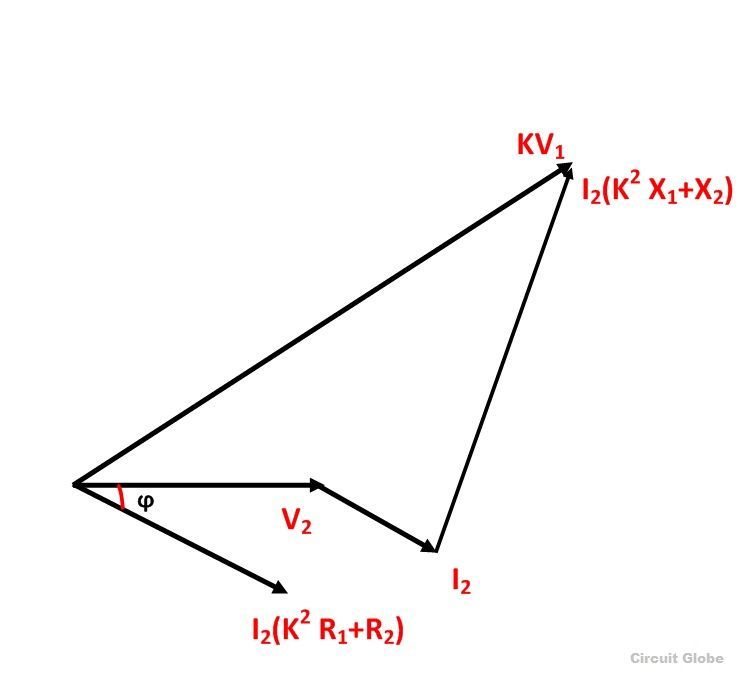 is very small and is neglected as compared to the term

Where V1 is the applied voltage to the primary winding

If the load on the secondary side of the transformer is capacitive then ϕ should be taken as negative, and the equation (1) becomes

Therefore this will be the load voltage.