Definition: The number of magnetic lines of forces set up in a magnetic circuit is called Magnetic Flux. It is analogous to electric current, I in an electric circuit. Its SI unit is Weber (Wb) and its CGS unit is Maxwell. It is denoted by φm. The magnetic flux measures through flux meter. The fluxmeter has to measure coil which measures the variation of voltage to measure the flux. 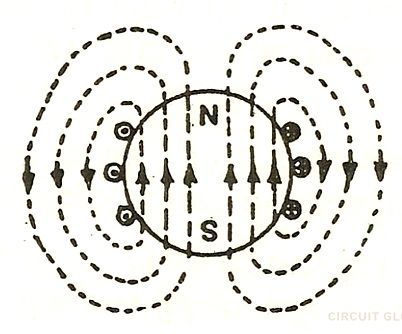 Net number of lines passing through the surface are called magnetic lines of forces.

The magnetic flux through a closed surface is always zero, but in the open surface, it is not zero.