The KCL states that the summation of current at a junction remains zero and according to KVL the sum of the electromotive force and the voltage drops in a closed circuit remains zero.

The KVL and KCL help in finding the analogous electrical resistance and impedances of the complex system. It also determines the current flowing through each branch of the network.

The two laws are described below

Kirchhoff’s Current Law states that” the algebraic sum of all the currents at any node point or a junction of a circuit is zero”. 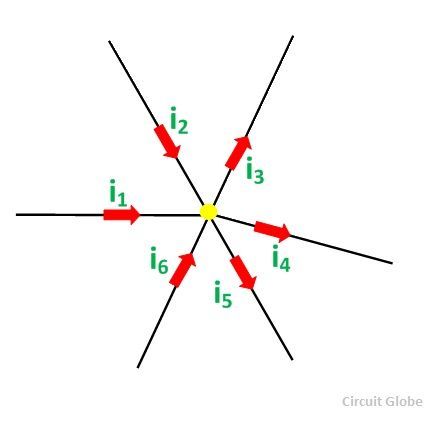 Considering the above figure as per the Kirchhoff’s Current Law:

The equation (1) can also be written as: 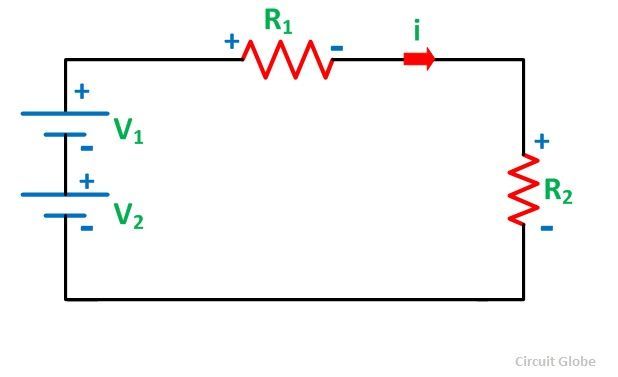 The above figure shows closed-circuit also termed as a mesh. As per the Kirchhoff’s Voltage Law: 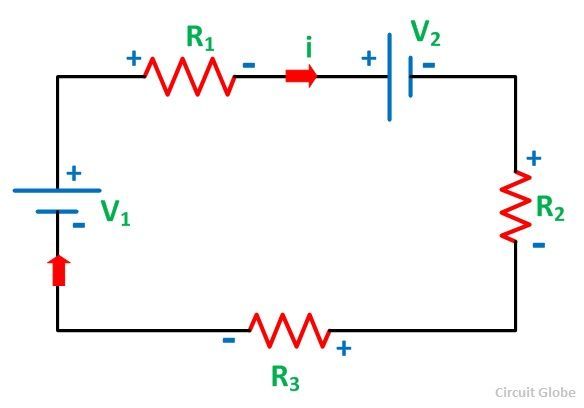 For the dependent sources in the circuit, KVL can also be applied. In case of the calculation of the power of any source, when the current enters the source, the power is absorbed by the sources while the source delivers the power if the current is coming out of the source.

It is important to know some of the terms used in the circuit while applying KCL and KVL like node, Junction, branch, loop, mesh. They are explained with the help of a circuit shown below: 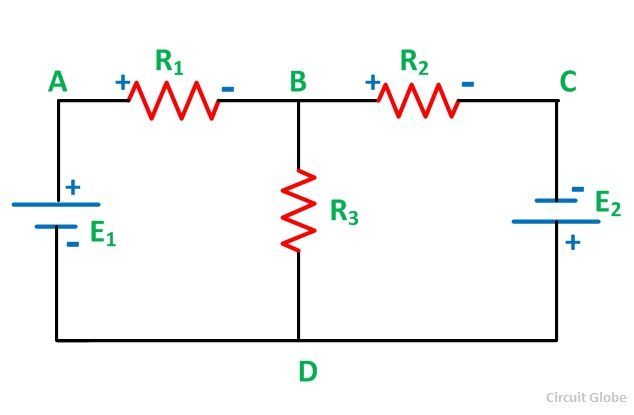 A node is a point in the network or circuit where two or more circuit elements are joined. For example, in the above circuit diagram, A and B is the node points.

A junction is a point in the network where three or more circuit elements are joined. It is a point where the current is divided. In the above circuit, B and D are the junctions.

The part of a network, which lies between the two junction points is called a Branch. In the above circuit DAB, BCD and BD are the branches of the circuit.

A closed path of a network is called a loop. ABDA, BCDB are loops in the above circuit diagram shown.

The most elementary form of a loop which cannot be further divided is called a mesh.