When the receiving end voltage is greater than the sending end voltage, then the voltage rise occurs in the line. The rise in voltage is called Ferranti effect, and it mainly occurs because of the charging current of the transmission line. 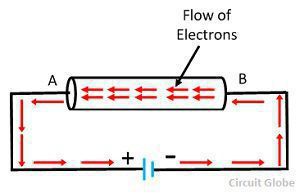 Key Differences Between Voltage and Current