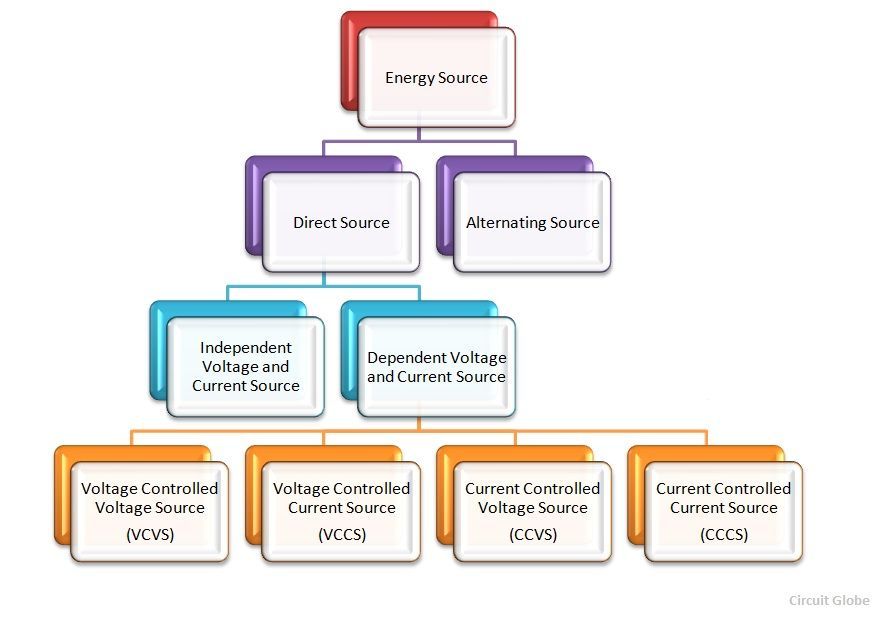 There are two types of energy source direct sources and alternating sources.

Independent sources are that which does not depend on any other quantity in the circuit. They are two-terminal devices and has a constant value, i.e. the voltage across the two terminals remains constant irrespective of all circuit conditions.

When the strength of voltage or current changes in the source for any change in the connected network, they are called dependent sources. The dependent sources are represented by a diamond shape.

The dependent sources are further categorised as: 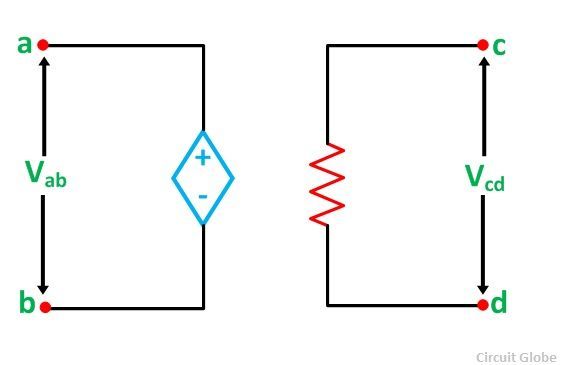 In the voltage controlled current source, the current of the source iab depends on the voltage across the terminal cd (Vcd) as shown in the figure below: 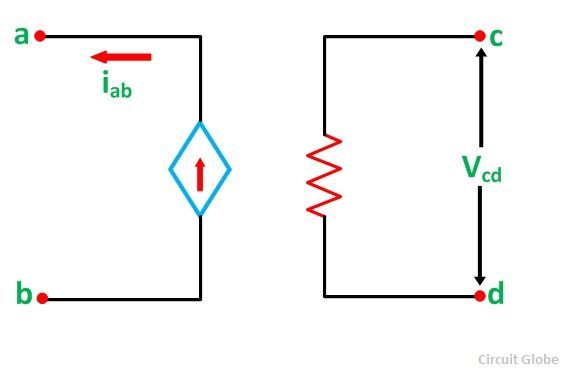 Where ƞ is a constant known as transconductance and its unit is mho. 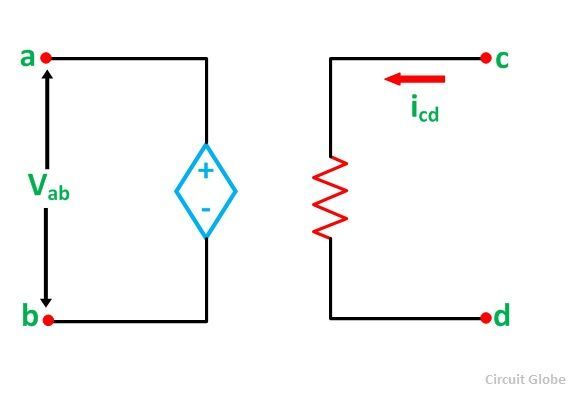 Where r is a constant.

In the Current Controlled Current Source, the current source is dependent on the current of the branch another branch as shown in the figure below 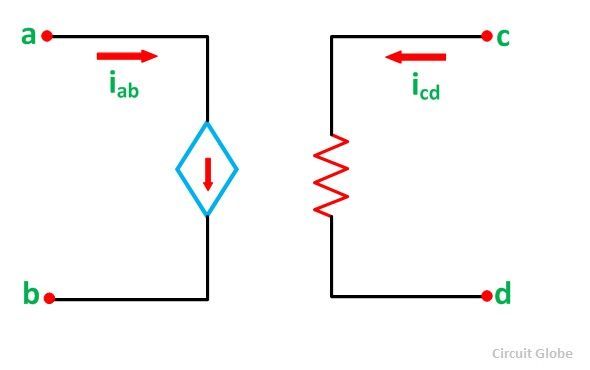 Where β is a constant

In the network applications, there are other types of sources also where voltage or current vary with time sinusoidally or exponentially etc. are termed as alternating sources.