Flux is generated by magnets, it can be a permanent magnet or electromagnets.

A magnetic circuit is made up of magnetic materials having high permeability such as iron, soft steel, etc. Magnetic circuits are used in various devices like electric motor, transformers, relays, generators galvanometer, etc.

Consider a solenoid having N turns wound on an iron core. The magnetic flux of ø Weber sets up in the core when the current of I ampere is passed through a solenoid. 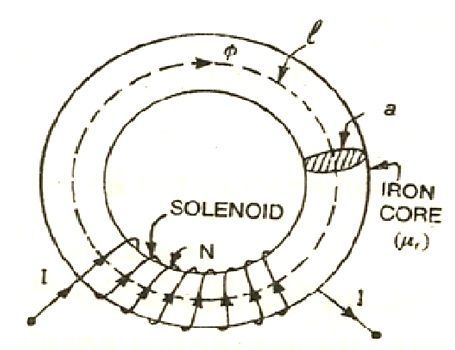 Let, l = mean length of the magnetic circuit
A = cross-sectional area of the core
µr =  relative permeability of the core
Now the flux density in the core material

Magnetising force in the core 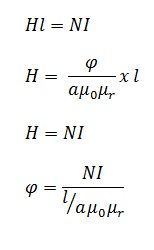 The above equation explains the following points: