There are various types of transformer used in the electrical power system for different purposes, like generation, distribution and transmission and utilization of electrical power.

The various types of transformer shown in the figure above are explained in detail below.

Step up and Step down Transformer

This type of transformer is categorized on the basis of a number of turns in the primary and secondary windings and the induced emf.

At a very high voltage, the power cannot be distributed to the consumer directly, so the power is stepped down to the desired level with the help of step-down power transformer. The transformer is not loaded fully hence the core loss takes place for the whole day, but the copper loss is based on the load cycle of the distribution network.

If the power transformer is connected in the transmission network, the load fluctuation will be very less as they are not connected at the consumer end directly, but if connected to the distribution network there will be fluctuations in the load.

This type of transformer has lower ratings like 11 KV, 6.6 KV, 3.3 KV, 440 V and 230 V. They are rated less than 200 MVA and used in the distribution network to provide voltage transformation in the power system by stepping down the voltage level where the electrical energy is distributed and utilized at the consumer end.

The primary coil of the distribution transformer is wound by enamel coated copper or aluminum wire. A thick ribbon of aluminum and copper is used to make secondary of the transformer which is a high current, low voltage winding. Resin impregnated paper and oil is used for the insulation purpose.

The oil in the transformer is used for 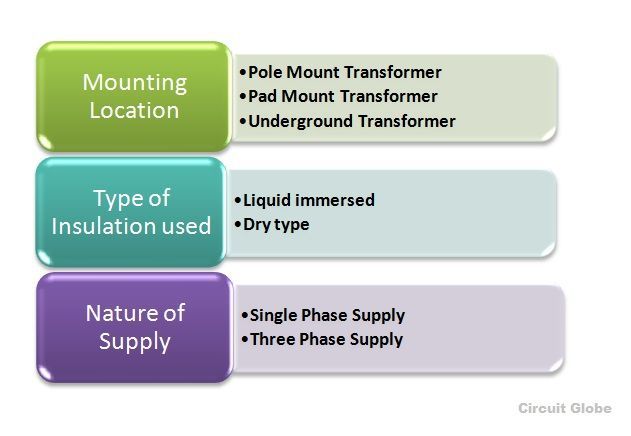 The distribution transformer less than 33 KV is used in industries and 440, 220 V is used for the domestic purpose. It is smaller in size, easy to install and has low magnetic losses and is not always loaded fully.

As it does not work for constant load throughout 24 hours as in the daytime its load is at its peak, and during the night hours it is very lightly loaded thus the efficiency depends on load cycle and is calculated as All Day Efficiency. The distribution transformers are designed for maximum efficiency of 60 to 70%

The primary winding of the current transformer is connected in series to the main supply and the various measuring instruments like ammeter, voltmeter, wattmeter or protective relay coil. They have accurate, current ratio and phase relation to enable the meter accurately on the secondary side. The term ratio has a great significance in CT.

For example, if its ratio is 2000:5, it means a CT has an output of 5 Ampere when the input current is 2000 amp on the primary side. The accuracy of the Current Transformer depends upon many factors like Burden, load, temperature, phase change, rating, saturation, etc.

In the current transformer, the total primary current is the vector sum of the excitation current and the current equal to the reversal of secondary current multiplied by turn ratio.

The potential transformer is also called as the voltage transformer. The primary winding is connected across the High voltage line whose voltage is to be measured, and all the measuring instruments and meters are connected to the secondary side of the transformer.

For example, the voltage ratio primary to secondary is given as 500:120, it means the output voltage is of 120 V when the 500 V is applied to the primary. The different types of potential transformer are shown below in the figure 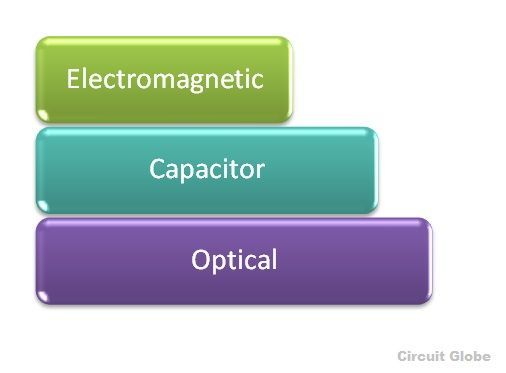 The percentage voltage error is given by the equation shown below

A single-phase transformer is a static device, works on the principle of Faraday’s law of mutual Induction. At a constant level of frequency and variation of voltage level, the transformer transfers AC power from one circuit to the other circuit. There are two types of windings in the transformer. The winding to which AC supply is given is termed as Primary winding and in the secondary winding, the load is connected.

The combination of the primary winding and the secondary winding is done as star-star, delta-delta, star-delta and delta-star.

19 thoughts on “Types of Transformer”