This current is responsible for supplying the iron losses (hysteresis and eddy current losses) in the core and a very small amount of copper losses in the primary winding. The angle of lag depends upon the losses in the transformer. The power factor is very low and varies from 0.1 to 0.15. 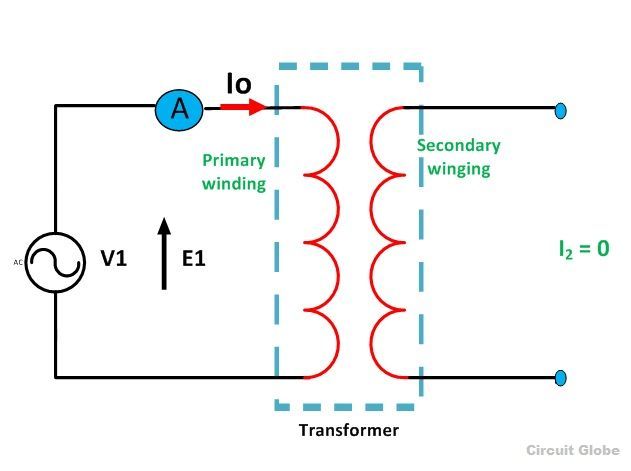 The following steps are given below to draw the phasor diagram:

This is all about transformer in no load condition.

3 thoughts on “Transformer on No Load Condition”