The tapping on the windings is taken out through the house board to separate the oil-filled compartment in which the on-load tap changer switch is housed. The tap changer is operated by a motor operated driving mechanism of local or remote control. The handle is operated for manual operation in case of an emergency. 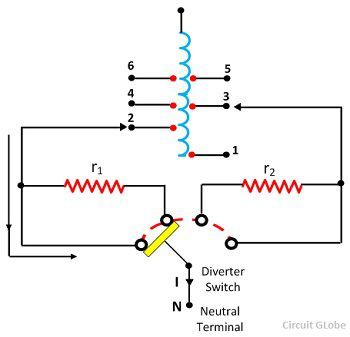 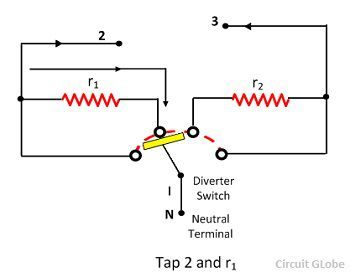 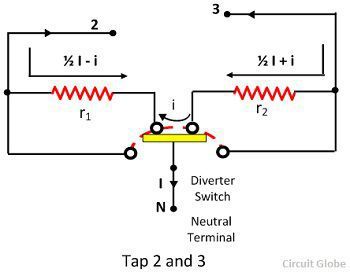 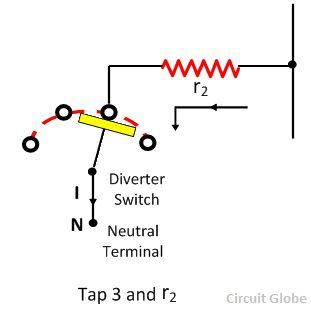 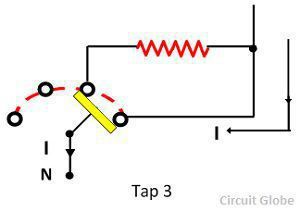 The tap changer controls gear by using the push buttons. The aim of control is to maintain a given voltage level within a specified resistance or to increase it with a load to compensate for the voltage drop in the given transmission line.

The other type of on-load tap changer is provided with a centre tapped reactor as shown in the figure below. The function of the reactor is to prevent the short circuit of the tap winding. During the normal operation, the short-circuiting switches S remains closed. The reactor prevents the flow of large values of current in any section of the primary winding when two tapping switches are closed simultaneously. 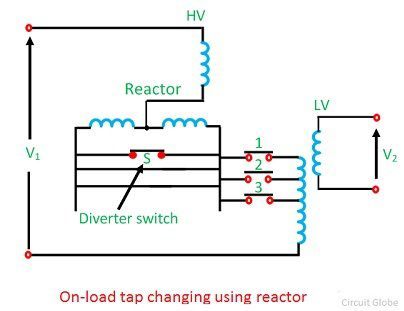 When the short-circuiting switch is in the open position, and the two tapping switches are in closed position, the reactor is shunted between the two tapping position of the transformer windings. But the large circulating current is not established on account of its high reactance.

The line current is not affected by this reactance because the current is equally divided and flows in the opposite direction in the two halves of the reactor. The reactor carries the full current when only the one switch is closed.

The sliding contacts are so attached at the end of the reactor that makes one before other breaks and in normal operating condition both contact touches the same tapping stud. Usually, the tapping is located at the midway between the end turn of the winding to prevent the surge voltages for getting into the load ratio control elements.