For a synchronous generator following are the equation given below:

For calculating the synchronous impedance, Zs is measured, and then the value of Ea is calculated. From the values of Ea and V, the voltage regulation is calculated.

The measurement of synchronous impedance is done by the following methods. They are known as:

In this test, it is assumed that the alternator is star connected with the DC field winding open as shown in the circuit diagram below: 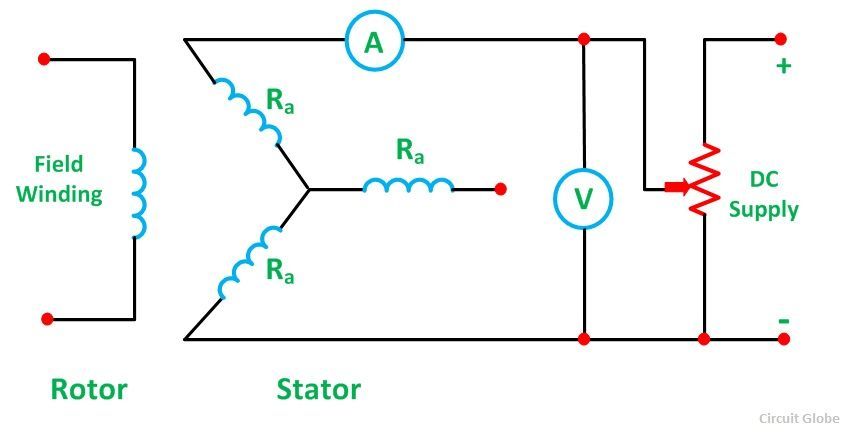 In the open-circuit test for determining the synchronous impedance, the alternator is running at the rated synchronous speed, and the load terminals are kept open. This means that the loads are disconnected, and the field current is set to zero. The circuit diagram is shown below: 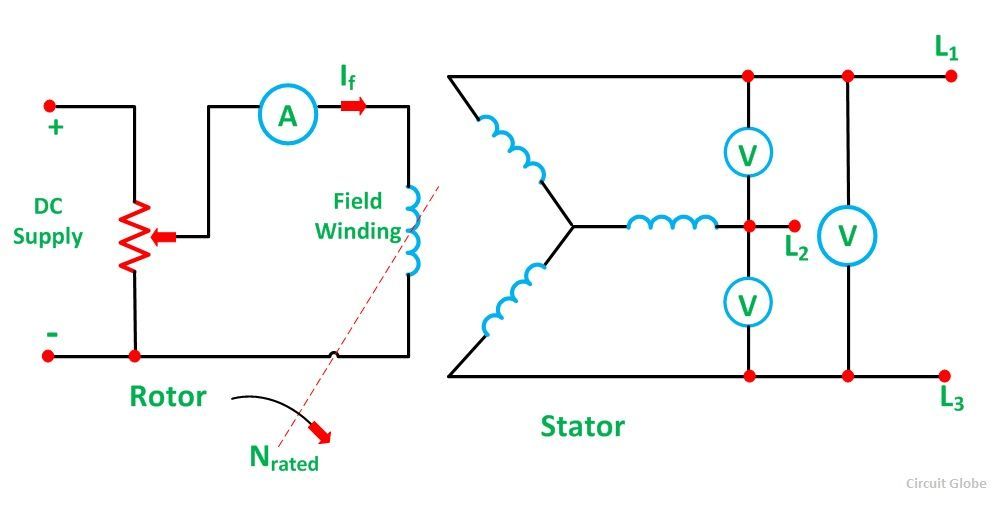 After setting the field current to zero, the field current is gradually increased step by step. The terminal voltage Et is measured at each step. The excitation current may be increased to get 25% more than the rated voltage. A graph is drawn between the open circuit phase voltage Ep = Et/√3 and the field current If. The curve so obtained called Open Circuit Characteristic (O.C.C). The shape is the same as the normal magnetization curve. The linear portion of the O.C.C is extended to form an air gap line.

The Open Circuit Characteristic (O.C.C) and the air gap line is shown in the figure below: 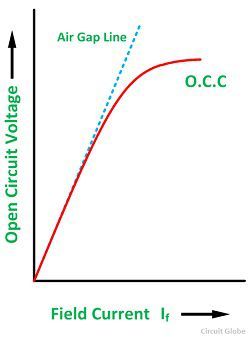 In the short circuit test, the armature terminals are shorted through three ammeters as shown in the figure below: 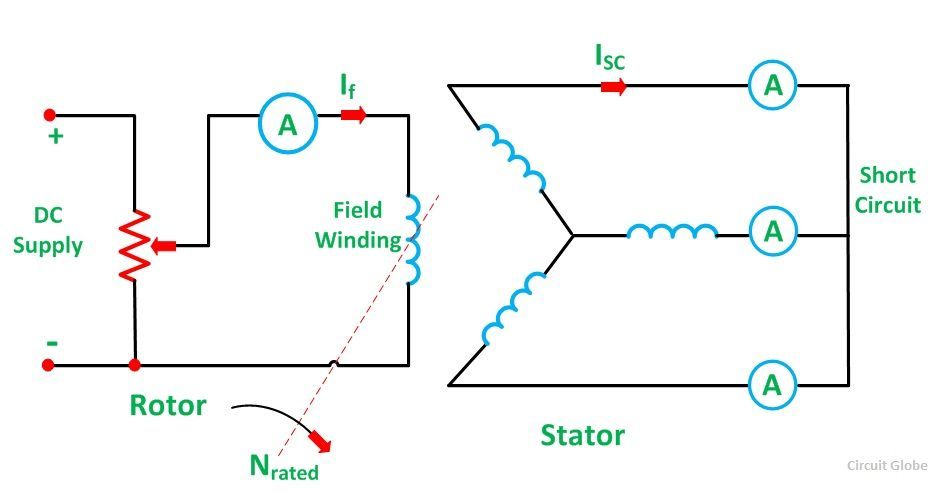 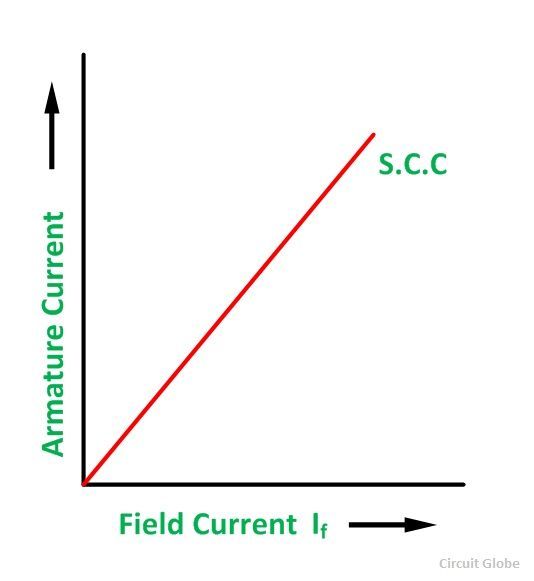 The following steps are given below for the calculation of the synchronous impedance.

The synchronous reactance is determined as

The graph is shown below: 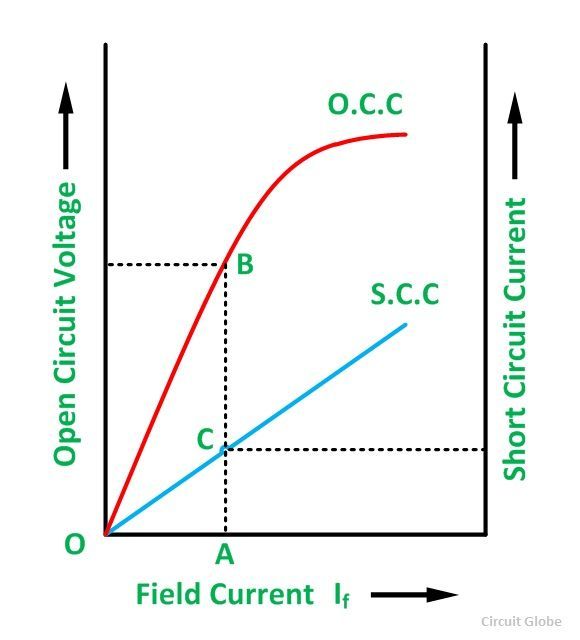 From the above figure consider the field current If = OA that produces rated alternator voltage per phase. Corresponding to this field current, the open-circuit voltage is AB

Assumptions in the Synchronous Impedance Method

The following assumptions made in the synchronous Impedance Method are given below:

It is assumed that a given value of the field current always produces the same flux. This assumption introduces considerable error. When the armature is short circuited, the current in the armature lag the generated voltage by almost 90 degrees, and hence the armature reaction is almost completely demagnetizing.

For a cylindrical rotor machine, this assumption is substantially true because of the uniform air gap. Regulation obtained by using a synchronous impedance method is higher than that obtained by actual loading. Hence, this method is also called the Pessimistic method.

At lower excitations, ZS is constant, since the open circuit characteristics coincide with the air gap line. This value of ZS is called the linear or Unsaturated Synchronous Impedance. However, with increasing excitation, the effect of saturation is to decrease ZS and the values beyond the linear part of the open circuit called as Saturated Value of the Synchronous Impedance.