To calculate the voltage regulation by MMF Method, the following information is required. They are as follows:

The phasor diagram at a lagging power factor is shown below: 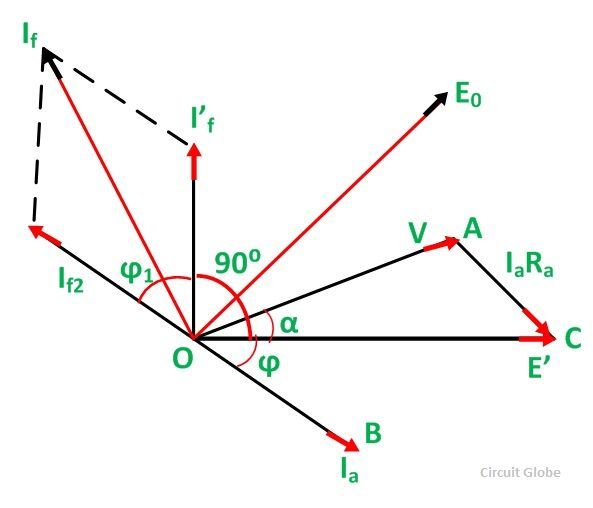 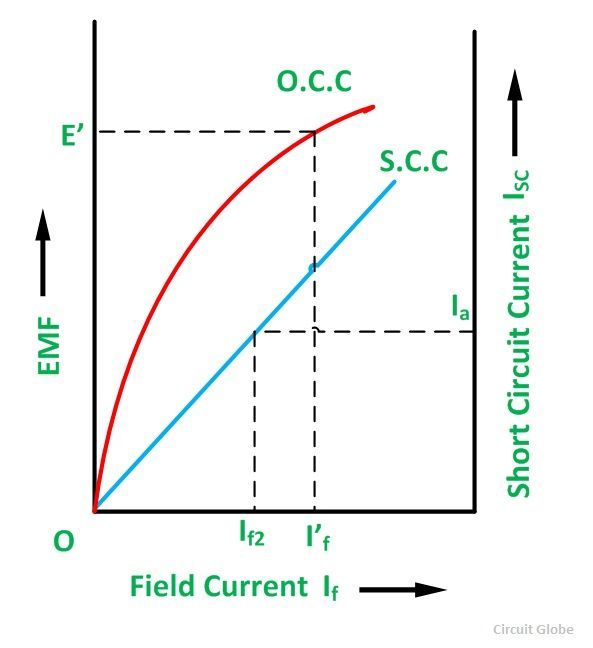 Determine the phasor sum of the field currents I’f and If2. This gives the resultant field current If which would generate a voltage E0 under no-load conditions of the alternator. The open-circuit emf E0 corresponding to the field current if is found from the open circuit characteristics.

The regulation of the alternator is found from the relation shown below:

This is all about MMF method of voltage regulation.