Whereas, it offers a very high resistance (not infinite) when reverse biased and is called as a reverse resistance.

The various resistances of a diode are as follows: 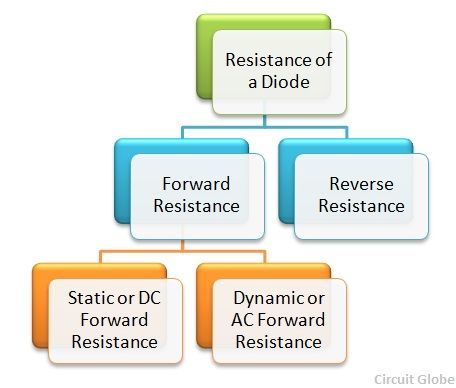 The forward characteristic of a diode is shown below: 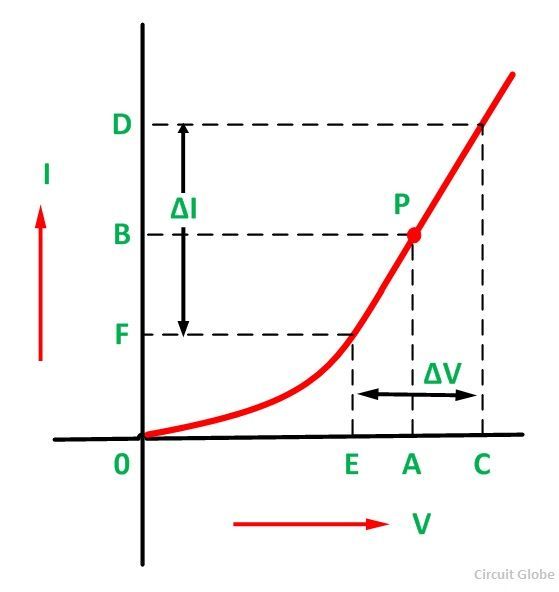 It is clear from the graph that for the operating point P, the forward voltage is OA and the corresponding forward current is OB. Therefore, the static forward resistance of the diode is given as:

The opposition offered by a diode to the changing current flow I, in forward biased condition is known as its AC Forward Resistance. It is measured by a ratio of change in voltage across the diode to the resulting change in current through it.

From the figure A above, it is clear that for an operating point P the AC forward resistance is determined by varying the forward voltage (CE) on both the sides of the operating point equally and measuring the corresponding forward current (DF).

The Dynamic or AC Forward Resistance is represented as shown below:

The value of the forward resistance of a crystal diode is very small, ranging from 1 to 25 Ohms.

7 thoughts on “Resistance of a Diode”