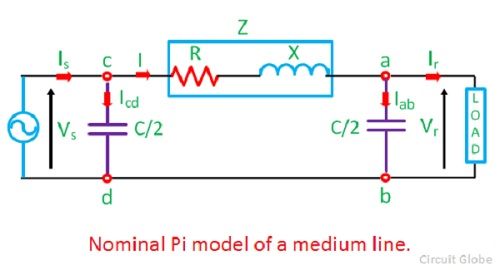 By KCL at node a,

Voltage at the sending end

Sending-end current is found by applying KCL at node c

Equations can be written in matrix form as

Hence, the ABCD constants for nominal pi-circuit model of a medium line are

The phasor diagram of a nominal pi-circuit is shown in the figure below. 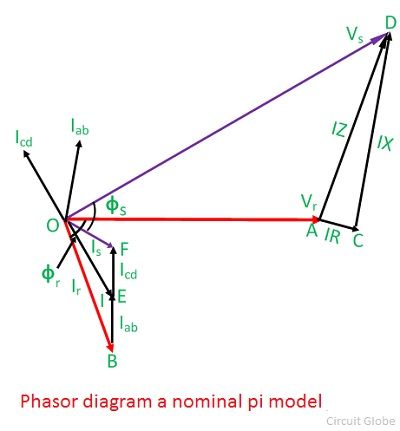 It is also drawn for a lagging power factor of the load. In the phasor diagram the quantities shown are as follows;

1 thought on “Nominal Pi Model of a Medium Transmission Line”