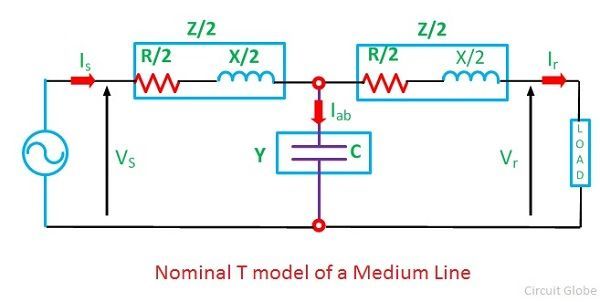 Sending end voltage and current can be obtained by application of KVL and KCL. to the circuit shown below

Current in the capacitor can be given as,

By Kirchoff’s current law at node a, 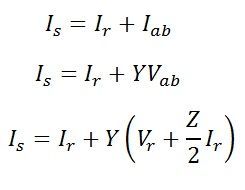 Hence, the ABCD constant of the nominal T-circuit model of a medium line are 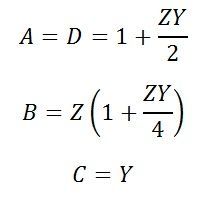 The phasor diagram of the nominal T-circuit is shown below. It is drawn for a lagging power factor. 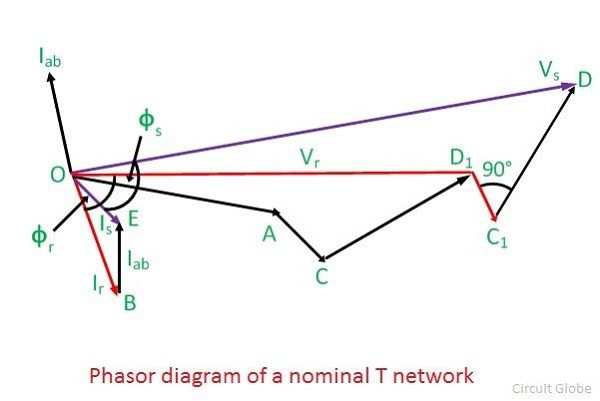 In the phasor diagram: