In this method, the motor is uncoupled from its load and the rated voltage at the rated frequency is applied to the stator to run the motor without the load. With the help of the two wattmeters, the input power of the motor is measured. The circuit diagram of the No-load test is shown below: 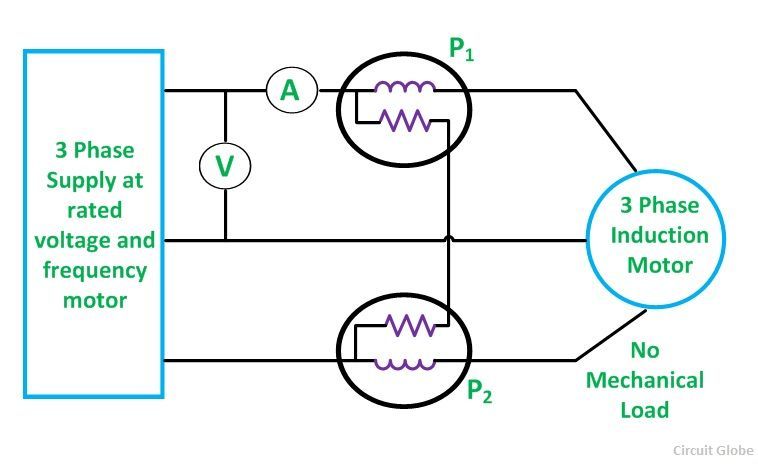 As the motor is running at no load, the total input power is equal to the constant iron loss, friction, and windage losses of the motor.

Since the power factor of the induction motor under no-load condition is generally less than 0.5, thus the Wattmeter reading of one of the Wattmeter will show a negative reading. Therefore, it is necessary to reverse the direction of the current coil terminals to take the readings.

In the case of the transformer, no-load test the constant R0 and X0 can be calculated from the readings of the test. 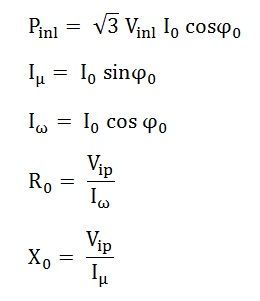 A curve plotted between P0 and V is shown below: 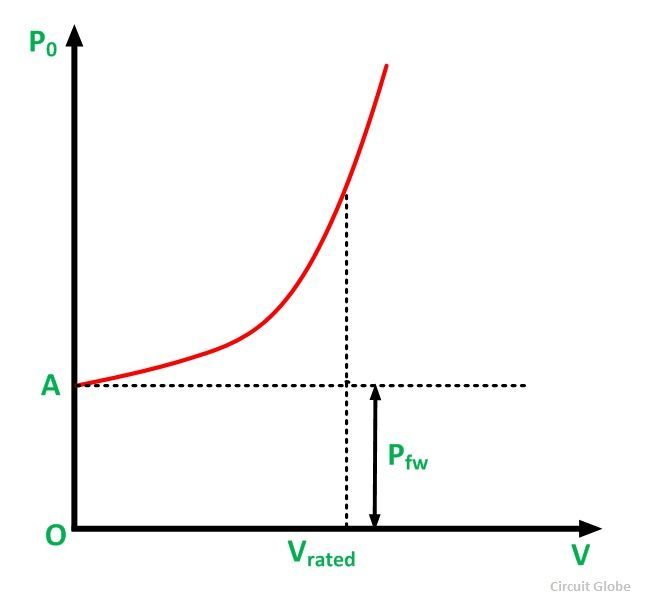 The curve is almost parabolic at the normal voltage. As the iron losses are almost proportional to the square of the flux density and therefore, the applied voltage. The curve is extended to the left to cut the vertical axis at the point A. At the vertical axis V = 0 and hence the intercept OA represents the independent voltage loss. This means the friction and the windage losses are separated from the total no-load loss.

3 thoughts on “No Load Test of an Induction Motor”