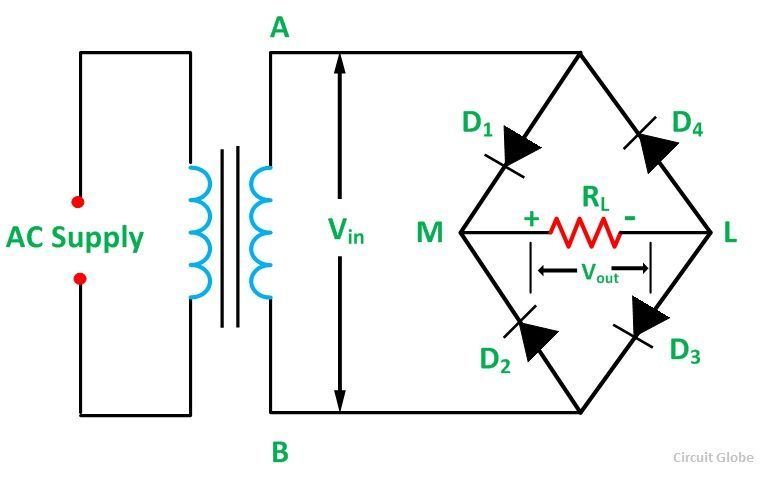 When an AC supply is switched ON, the alternating voltage Vin appears across the terminals AB of the secondary winding of the transformer which needs rectification. During the positive half cycle of the secondary voltage, end A becomes positive, and end B becomes negative as shown in the figure below. 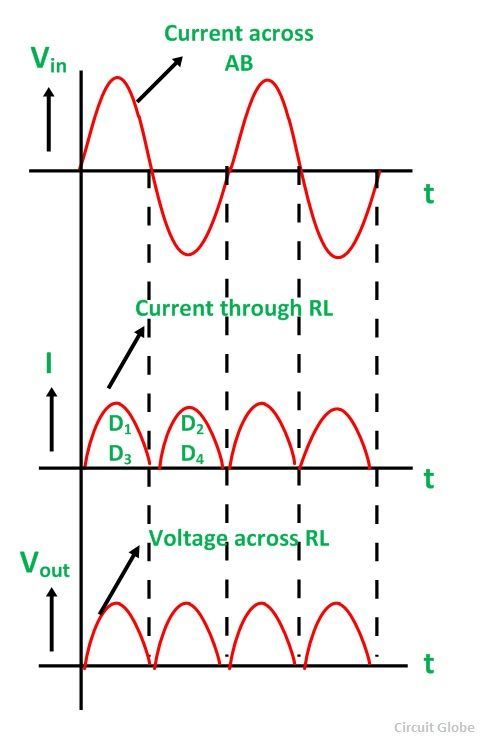 The diodes D1 and D3 are forward biased and the diodes D2 and D4 are reversed biased. Therefore, diode D1 and D3 conduct, and diode D2 and D4 do not conduct. The current (i) flows through diode D1, load resistor RL (from M to L), diode D3, and the transformer secondary. The waveform of the full-wave bridge rectifier is shown below. 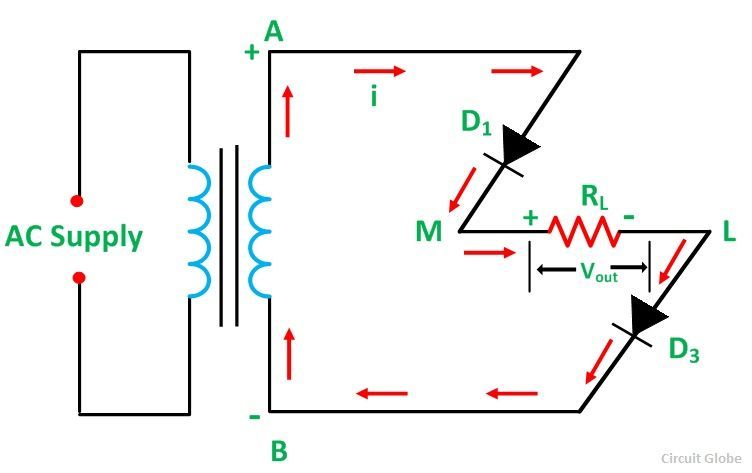 During the negative half-cycle, end A becomes negative and end B positive as shown in the figure below: 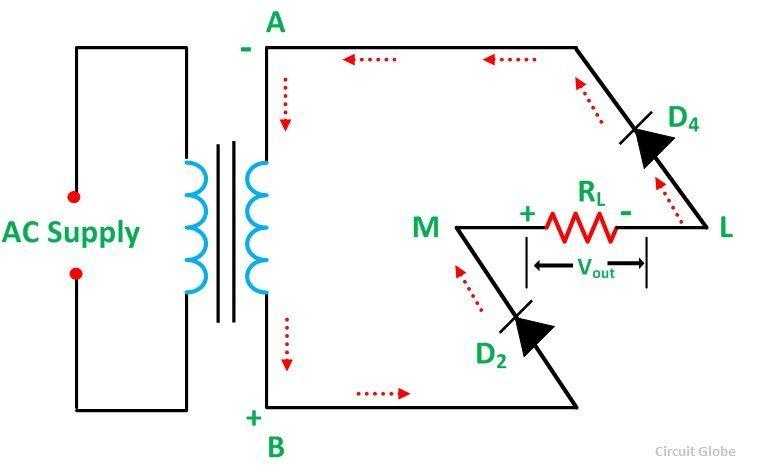 When the secondary voltage attains its maximum positive value and the terminal A is positive, and B is negative as shown in the circuit diagram below. 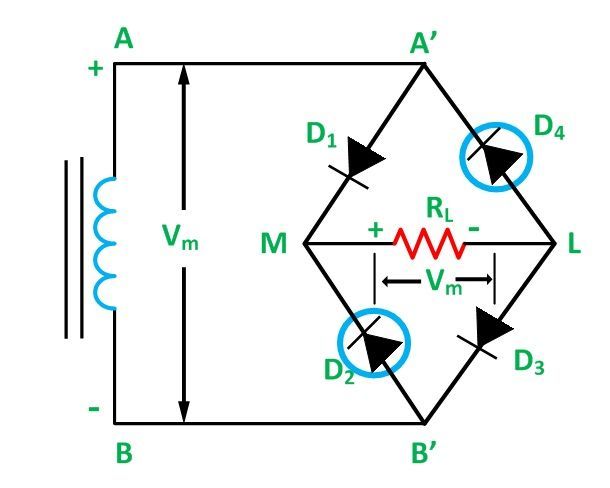