Electrical Energy – The capability of any physical system to do any work is known as the electrical energy.  It is measured in joules.

The Joules (unit of energy) is the product of the watt (unit of power) and time. Thus, we can say that rate of doing work along with the time is the energy.

The meter which is used in an electric circuit for measuring the power is known as the Wattmeter. It measures the energy in watt. The Wattmeter works on the principle that the current carrying conductor placed in a magnetic field experiences a force. 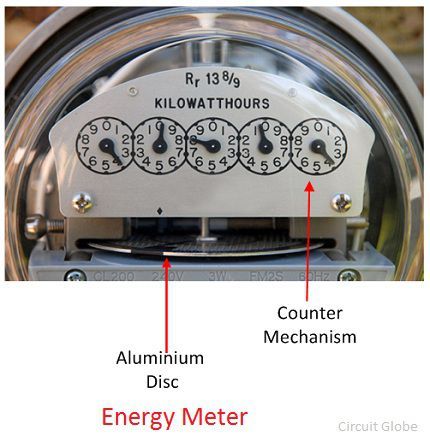 The energy meter counts the revolutions of the aluminium disc whose speed depends on the power consumes by the load at a particular interval of time.