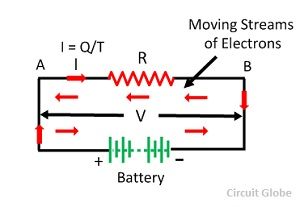 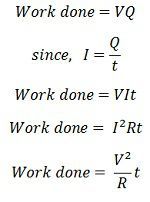 Hence the energy expended in an electrical circuit is said to be one joule (or watt second) if one-ampere current flows through the circuit for one second when the potential difference of one volt is applied across it.

The commercial or practical unit of energy is the kilowatt-hour (kWh)  which is also known as the Board of Trade (B.O.T) unit.

Usually, one kWh is called one unit.