We know that topology refers to the way in which multiple devices in a network are connected in order to have transmission of data. So, in this article we will discuss what are the major factors that differentiates star topology from the ring topology.

The figure below represents the network using star connection: 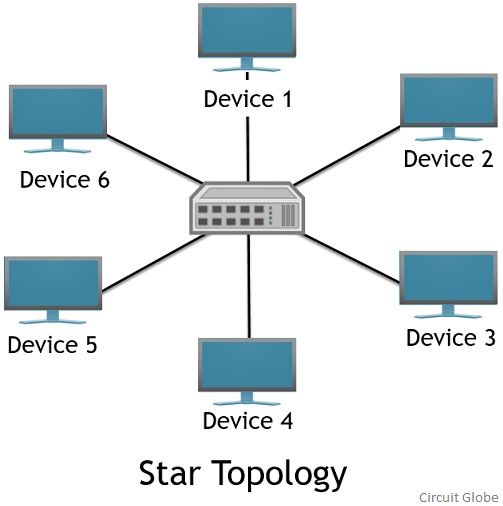 The devices in the network are connected via coaxial, fiber or twisted pair cables with the centralized hub.

Here the name itself is suggesting that in ring topology the devices in the network forms ring type connection in a way that each device is directly connected to the devices present next to it. So, in this case at the time of data transmission the information flows in a sequential manner, it can be either in clockwise direction or anticlockwise direction.

This is so because in direct connection of the devices with each other, each device sends or receive data from the device present adjacent to it.

The figure here shows network orientation in the form of ring: 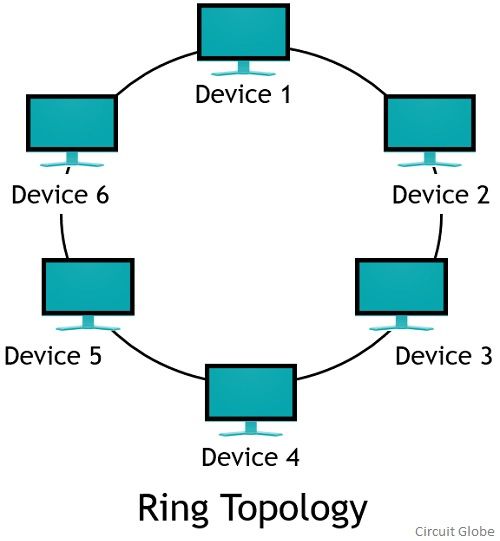 Here it is clear from the figure shown above that device 1 is directly connected to device 2 and 6 with separate cables. This represents peer to peer connection between the devices in the network.

It is to be noted here that repeaters are necessarily required to be installed in ring network. As when large number of devices are present in the network, then at that time, transferring the information by passing through each device between source and destination can lead to chances of data loss. Thus, in order to prevent the loss of data, repeaters must be installed in the network.

In ring topology as not only source and destination are involved in data transfer. But the other devices between them passes the information. So, due to this in case if a single device gets failed then it will lead to failure of the whole network.

So we can conclude that though star topology is expensive but is more advantageous than ring topology.