The slip ring and split ring both are made of copper, but their design differs from each other. The slip ring is a closed circular ring having brushes on their outer surface. In case of AC motor, the input current through the brush passes to slip ring which connects to the coil of the AC motor. Thus, the current flows from the static to the movable part.

The split ring is made of copper and its split from the centre into two parts. The brushes connect across the outer diameter of the split ring. It is used in the DC motor for transferring the pulsating voltage.

The slip ring is a part of an AC motor use for transmission the energy between the stationary and rotating element of the machine. The graphite material uses for the manufacturing of brushes. It places on the outer surface of the slip ring.

The current through the brush passes to slip ring. The slip ring connects to the coil of the motor for transferring the energy. It is available in different sizes. The slip ring has various other names like collector ring, rotary electrical ring, etc. 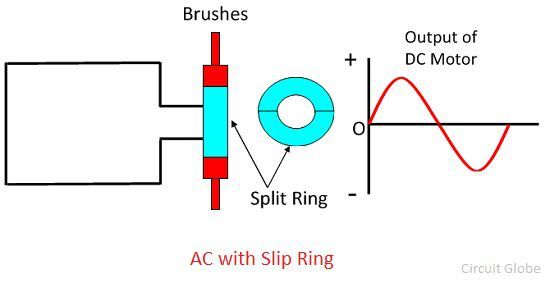 The split ring is a movable device used for reversing the polarity of the current. It is made of copper. The ring divides from the centre into two halves. The combination of the split ring and brushes is known as the commutator. The split ring uses in DC motor for getting the pulsating input voltage. 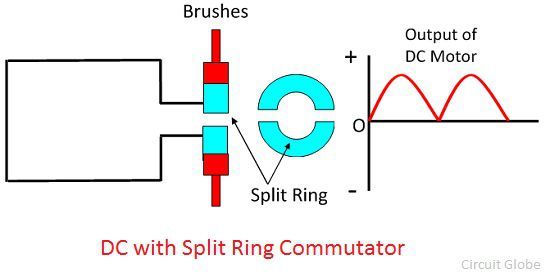