What is power factor?

The power factor is a crucial property of AC electrical systems. It is dimensionless in nature. It is used for both single and three-phase AC circuits. It is the ratio of true or actual power to the apparent power in the ac systems.

In DC circuits one can evaluate the power of the circuit by finding the product of readings of voltmeter and ammeter. While in the case of ac circuit, this multiplication of these two provides the apparent power but, not the actual power. This is so because in ac circuits, the total supplied power i.e., the apparent power is not solely utilized by the circuit. And the actually utilized power by the circuit is referred as true power.

More simply, the power factor is the cosine of phase difference existing between V and I.

The power factor of ac circuits with linear loads lies between -1 to 1. Generally, it is considered that if a system exhibits a power factor closer to 1, then such systems are said to be stable. We will discuss the various factors that differentiate the leading power factor from that of lagging.

As it is known that the power factor is the ratio of true to the apparent power. And generally for sinusoidal waveform power factor is the cosine function of the phase angle existing between voltage and current. Consider the wave shapes of voltage supplied to the ac circuit and the current through the purely capacitive load: 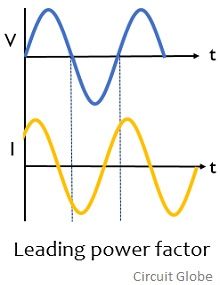 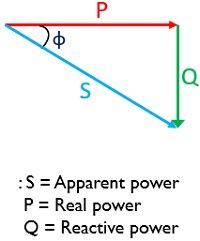 In ac circuits lagging power factor, is achieved when the load is inductive in nature. This is so because when a purely inductive or resistive inductive load is present then there exists a phase difference between voltage and current in which the current lags the voltage. Thus the power factor of such circuits is of lagging nature.

Let us consider the waveforms of supplied voltage to an ac circuit and the current through the purely capacitive load as: 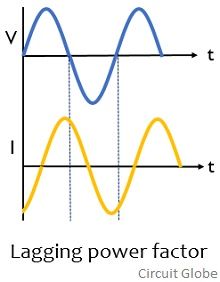 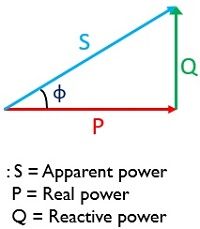 So, from this discussion, we can conclude that ideally it is assumed that voltage and current are in the same phase. Thereby having a phase angle of 0° between the two. However, a difference in phase exists between the two that is referred as the power factor of the circuit.

9 thoughts on “Difference Between Leading and Lagging Power Factor”