Both conduction and induction refers to the two different ways that causes charging of neutral bodies. Here we will see what major differentiating factors exist between the two.

Conduction is a phenomenon of transferring of energy from a charged body to an uncharged body by direct contact.

Now the question arises how charges from one body can be transferred to another body?

For this, consider that we have a negatively charged cylindrical rod which is placed in contact with a neutral sphere (having an equal number of electrons and protons). 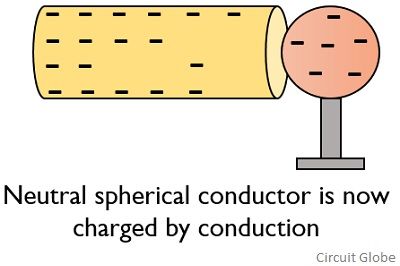 This leads flow of current due to conduction in both the bodies.

A phenomenon that causes an uncharged body to get electrically charged by placing it near a charged conductor is known as induction. For induction to take place, the two bodies must be placed nearer to each other.

We have already discussed that current in any conductor flows due to the movement of charge carriers. Suppose we have a negatively charged body, so the movement of the charges inside the body generates electric current. 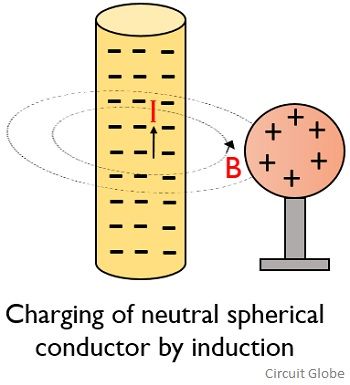 More simply we can say charges of opposite polarity present in the charged body get induced to the uncharged body. Thus the generated electric field in the second body causes flow of current through it in the opposite direction.

Key Differences Between Conduction and Induction

So, this discussion simply concludes that conduction allows the charge flow due to electric field produced inside it. But induction permits flow of charge carriers due to change in magnetic field.

1 thought on “Difference Between Conduction and Induction”