The core of the transformer is constructed from laminations of steel sheet or silicon steel assembled to provide a continuous magnetic path. At usual flux densities, the silicon steel material has low hysteresis losses.

The vertical position on which the coil is wound is called the limb while the horizontal position is known as the yoke.

According to the core construction and the manner in which the primary and secondary windings are placed around it, the transformer is named as core type and shell type. 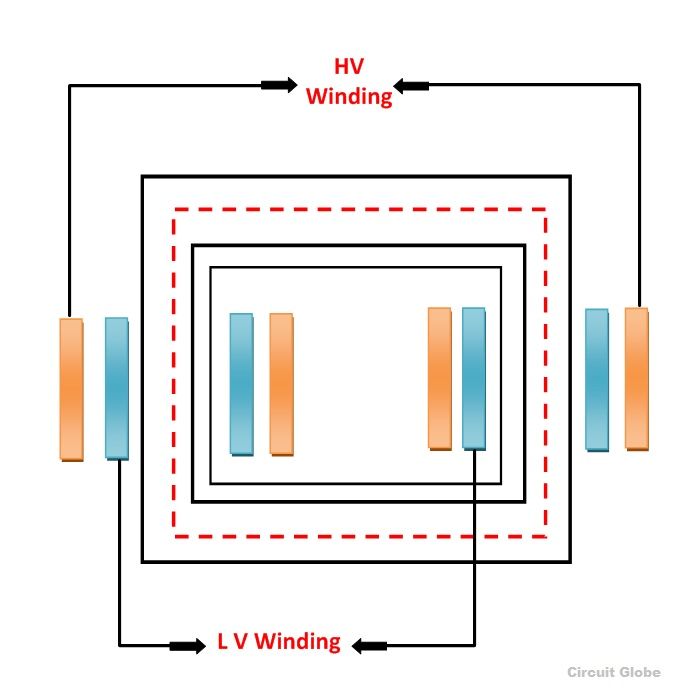 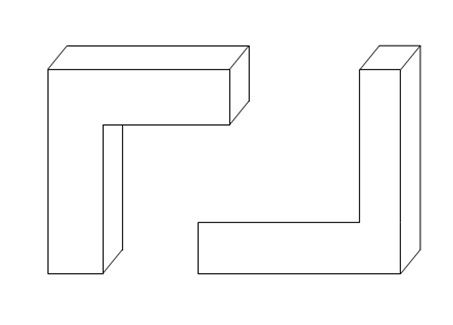 The primary and the secondary windings are interleaved to reduce the leakage flux. Half of each winding are placed side by side or concentrically on either limb of the core.

To reduce the insulation, the low voltage winding is always placed nearer to the core. 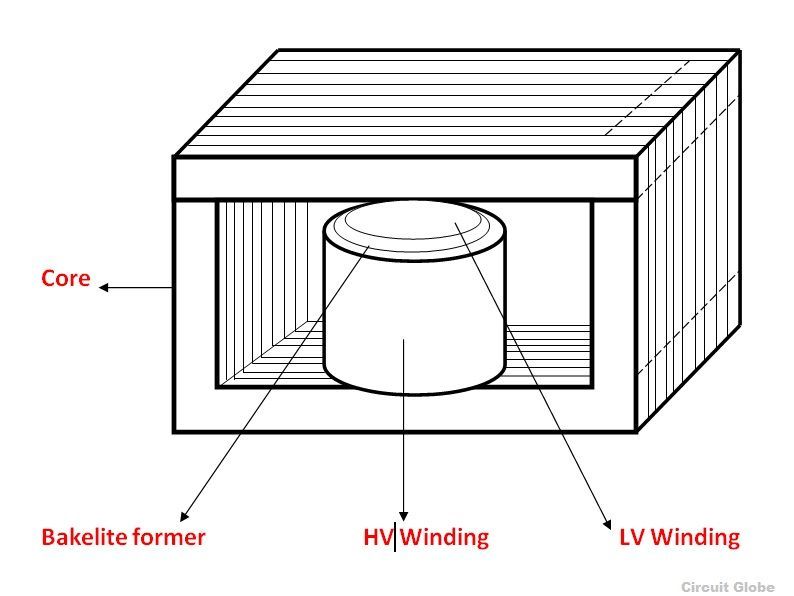 In a shell-type transformer, the individual laminations are cut in the form of long strips of E and I shape as shown in the figure below. It has two magnetic circuits, and the core has three limbs. The central limb carries the whole of the flux whereas the side limbs carry half of the flux. Therefore, the width of the center is double, to that of the outer limbs.

To reduce the cost of lamination between the core and the low voltage winding, the windings are formed and are wound to the cylindrical shape and then the core laminations are inserted later.

The dielectric circuit consists of insulations used in different places in the transformer to insulate the conducting parts. The core is laminated to minimize the eddy current losses. The laminations are insulated from each other by a light coating of varnish or by an oxide layer. The thickness of laminations varies from 0.35mm to 0.5mm for a frequency of 50 Hz.

Other different parts and accessories are also fitted on the transformer for its efficient work as well as for longer life and better services of the transformer. They are as follows:

When the oil heats up and expands, the transformer breaths air in and thus the oil gets cooled and the level of oil goes down and the air is absorbed in it. This process of taking air in and out is called breathing of the transformer.

The level of oil in the chamber increases and decreases when the breather takes the air in and out for cooling of the oil. This air carries moisture, which contaminates the oil and thus the quality of oil gets deteriorate.

Fresh Silica gel drys down the air to a dew point below -40 degrees Celsius.

The most common cause of the failure of the bushing resulting in damage to the transformer is the entrance of the moisture. The power factor of the bushing will always be in stable condition, but if the variation is seen in the power factor that means there is deterioration in the insulation.

This can be identified by the tests known as acceptance or routine test and Doble Power Factor Test.