Superposition theorem states that in any linear, active, bilateral network having more than one source, the response across any element is the sum of the responses obtained from each source considered separately and all other sources are replaced by their internal resistance. The superposition theorem is used to solve the network where two or more sources are present and connected.

In other words, it can be stated as if a number of voltage or current sources are acting in a linear network, the resulting current in any branch is the algebraic sum of all the currents that would be produced in it when each source acts alone while all the other independent sources are replaced by their internal resistances.

It is only applicable to the circuit which is valid for the ohm’s law (i.e., for the linear circuit).

Let us understand the superposition theorem with the help of an example. The circuit diagram is shown below consists of two voltage sources V1 and V2. 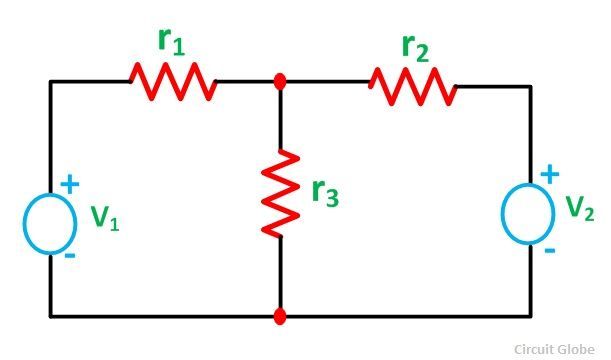 First, take the source V1 alone and short circuit the V2 source as shown in the circuit diagram below: 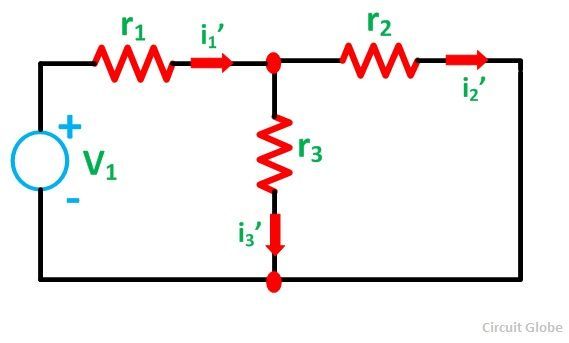 Here, the value of current flowing in each branch, i.e. i1’, i2’ and i3’ is calculated by the following equations. 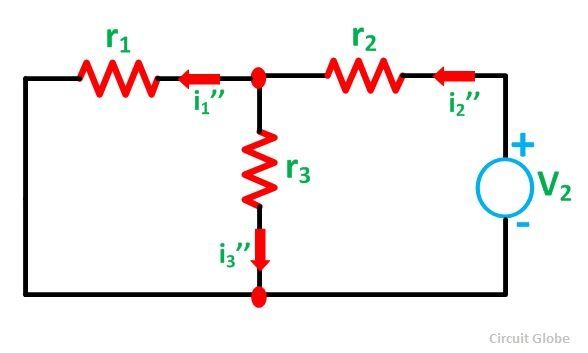 And the value of the current i3’’ will be calculated by the equation shown below:

As per the superposition theorem, the value of current i1, i2, i3 is now calculated as:

The direction of the current should be taken care of while finding the current in the various branches.

Considering the circuit diagram A, let us see the various steps to solve the superposition theorem: 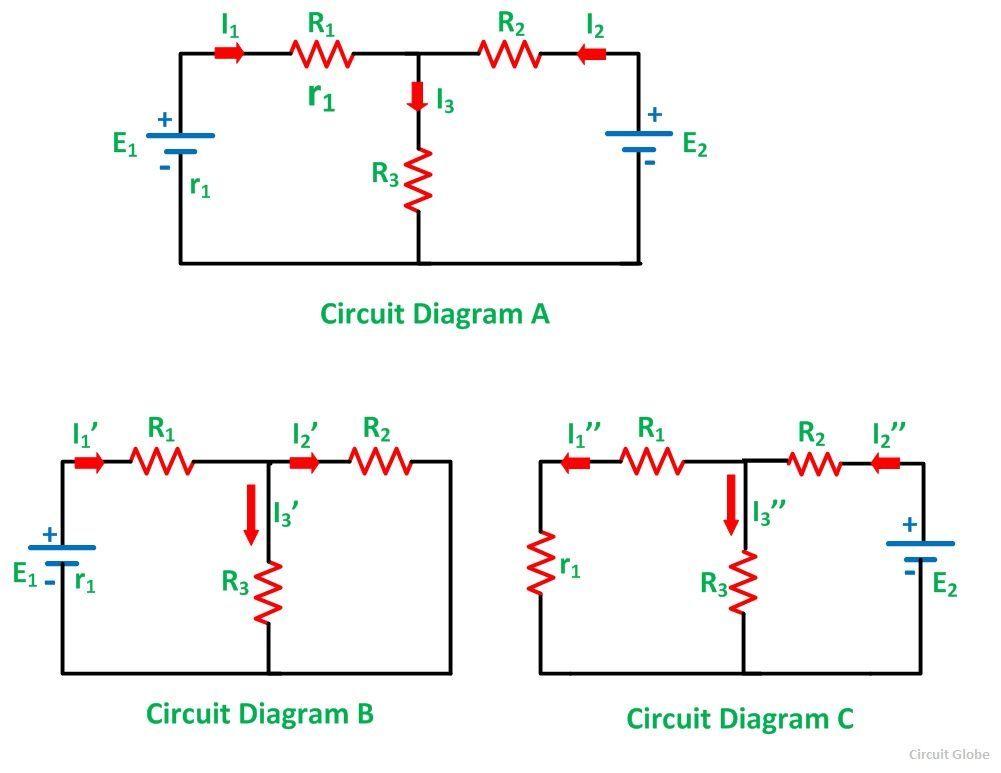 Step 1 – Take only one independent source of voltage or current and deactivate the other sources.

Step 5 – Now consider the other source E2 and replace the source E1 by its internal resistance r1 as shown in the circuit diagram C.

Step 7 – Now to determine the net branch current utilizing the superposition theorem, add the currents obtained from each individual source for each branch.

Step 8 – If the current obtained by each branch is in the same direction then add them and if it is in the opposite direction, subtract them to obtain the net current in each branch.

The actual flow of current in the circuit C will be given by the equations shown below:

Thus, in this way, we can solve the superposition theorem.