The Millman’s Theorem states that – when a number of voltage sources (V1, V2, V3……… Vn) are in parallel having internal resistance (R1, R2, R3………….Rn) respectively, the arrangement can replace by a single equivalent voltage source V in series with an equivalent series resistance R.  In other words; it determines the voltage across the parallel branches of the circuit, which have more than one voltage sources, i.e., reduces the complexity of the electrical circuit.

This Theorem is given by Jacob Millman. The utility of Millman’s Theorem is that the number of parallel voltage sources can be reduced to one equivalent source. It is applicable only to solve the parallel branch with one resistance connected to one voltage source or current source. It is also used in solving network having an unbalanced bridge circuit. 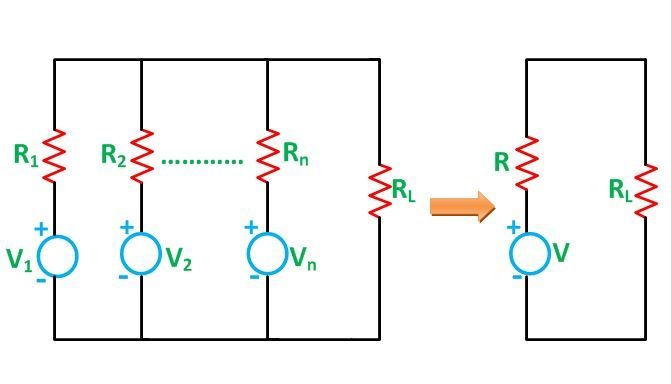 As per Millman’s Theorem 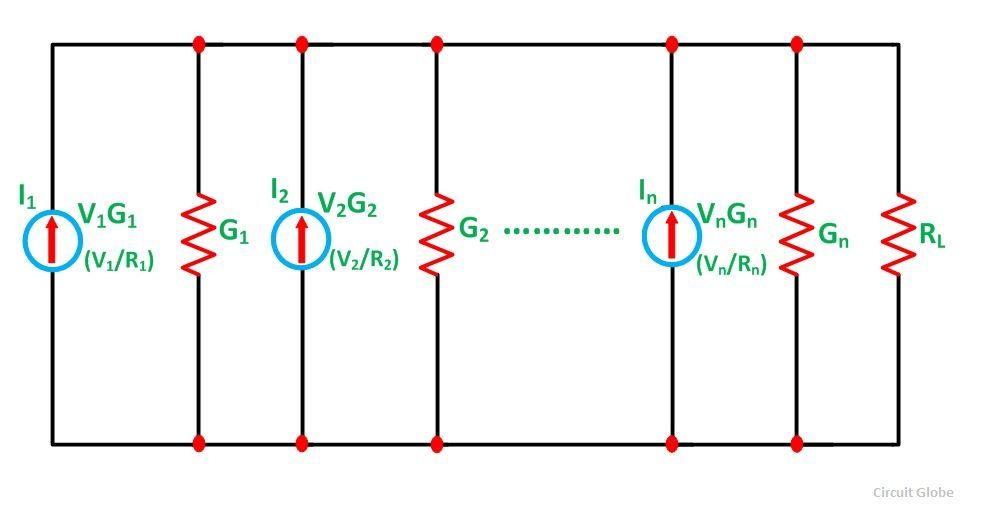 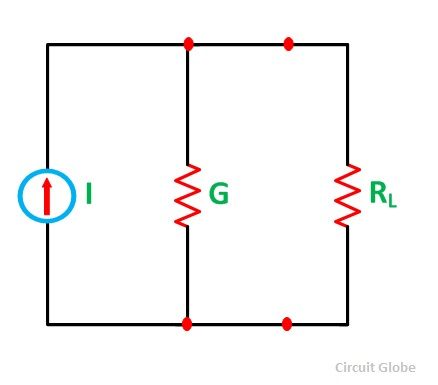 Next, the resulting current source is converted to an equivalent voltage source as shown in the figure below 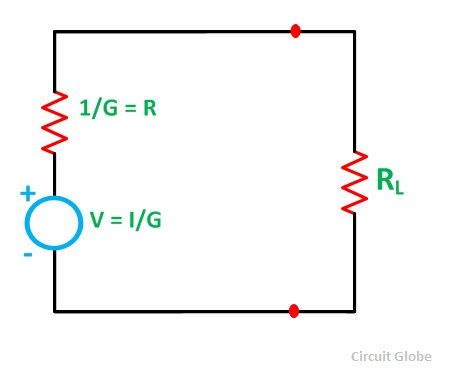 Positive (+) and negative (-) sign appeared to include the cases where the sources may not be supplying current in the same direction.

And as we know,

So the equation can be written as

Step 2 – Find the value of equivalent conductance G by removing the load from the network.