Substitution Theorem states that the voltage across any branch or the current through that branch of a network being known, the branch can be replaced by the combination of various elements that will make the same voltage and current through that branch. In other words, the Substitution Theorem says that for branch equivalence, the terminal voltage and current must be the same.

The concept of the theorem is based on the substitution of one element from another element. This theorem gives intuition on the behaviour of the circuit. It also helps in proving several other theorems.

But the substitution theorem cannot use for solving the theorem which has more than two sources which are neither connected in series nor parallel.

Simply one can say that the Substitution Theorem is the replacement of one element with another equivalent element. In a network, if any element is substituted or replaced by a voltage or current source whose voltage and current across or through that element will remain unchanged as the previous network.

Let us understand the theorem with the help of the circuit diagram shown below: 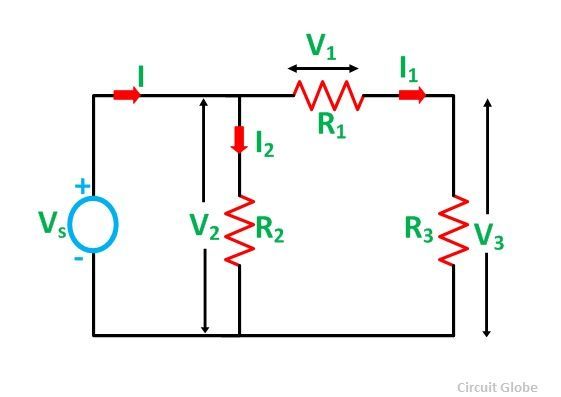 Now if the resistance R3 is substituted by the voltage source V3 as shown in the circuit diagram below: 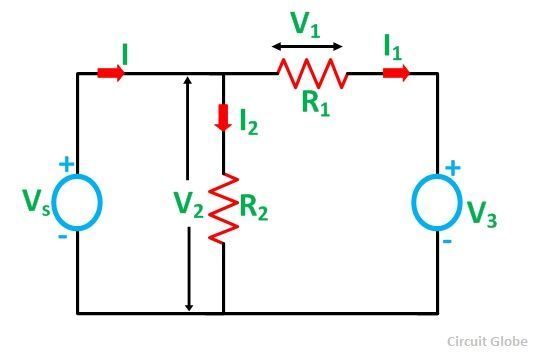 In the circuit diagram shown below the resistance, R3 is replaced by the current flowing through that element, i.e. I1 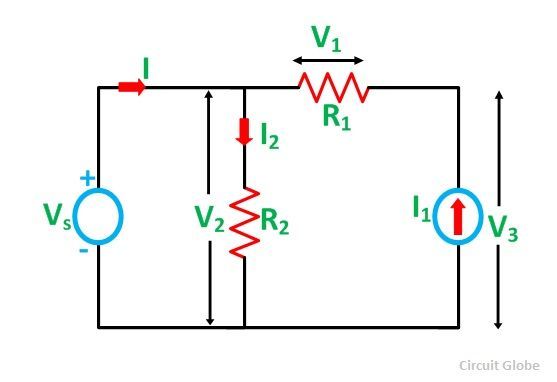 In both the cases shown above if the element is substituted by the voltage source or the current source, then also, the initial conditions of the circuit does not alter.

This means that the voltage across the resistance and current flowing through the resistance unaltered even if they are substituted by other sources. 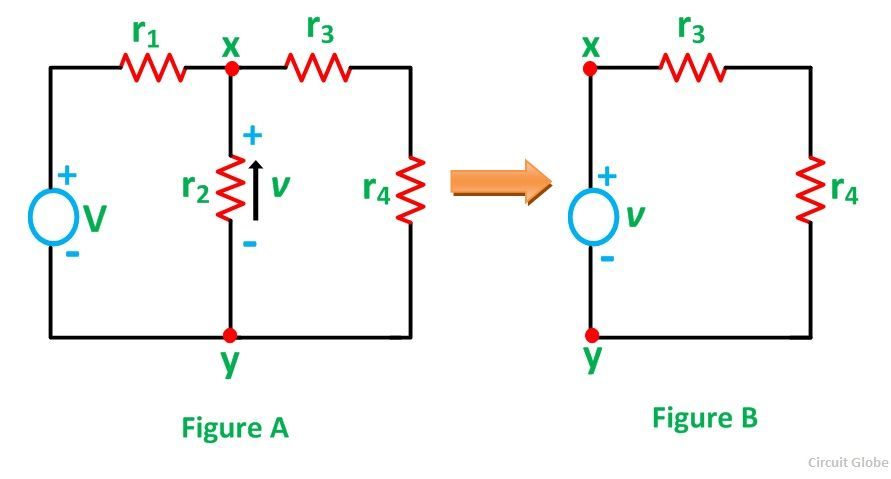 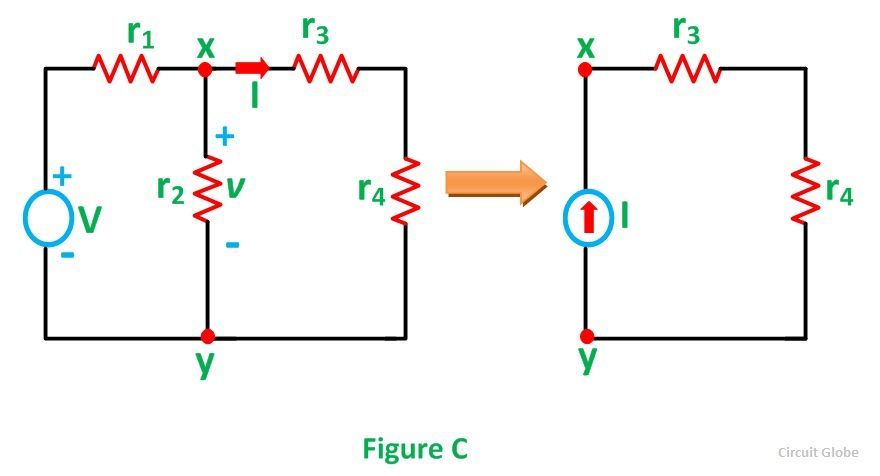 Step 4 – Hence it is seen that the voltage drop and the current flowing through the circuit A shown above will be same if it is substituted by any independent voltage or current source shown in the figure B and C.

This is all about Substitution Theorem.